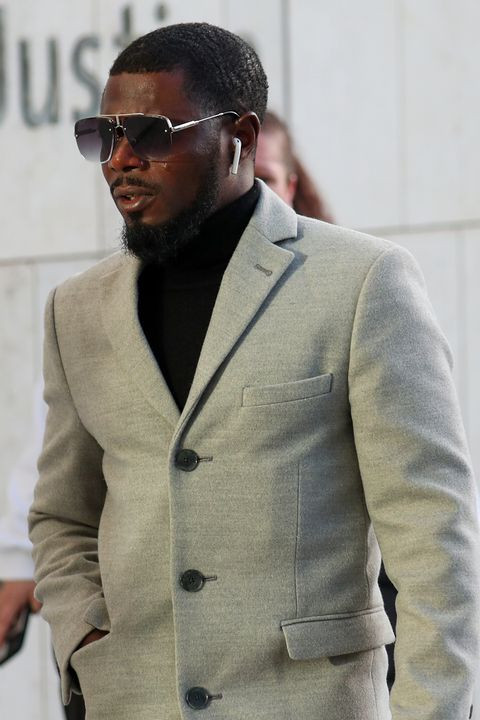 Lateef Tiamiyu at Dublin Circuit Criminal CourtA 38-year-old Nigerian man who was caught with six false passports, a machine used to clone ATM cards and 17 magnetic strips has been jailed in Ireland. Lateef Tiamiyu was sentenced to two years imprisonment by Dublin Circuit Criminal Court on Wednesday, November 23, 2022.  Tiamiyu of Whitworth Hall, Morning Star Avenue, Dublin pleaded guilty at Dublin Circuit Criminal Court to possession of a machine designed for making a false instrument, inducing another to open a bank account in a false name, possession of 17 magnetic strips to be used in making a false instrument and two charges of possession of false instruments at his home on May 28, 2021. Garda Sean Duignan told Karl Moran BL, prosecuting, that gardaí secured a warrant to search Tiamiyu’s home after he was identified as the person who had attempted to open a bank account using a false passport and utility bill. The house was searched on May 28, 2021 when a machine, used to clone ATM or debit cards and also make such cards, was discovered, along with the magnetic strips and false passports. Gda Duignan said that each of the passports bore a different photograph but further investigation confirmed that they had never been used to gain entry into Ireland. Tiamiyu was arrested but took no responsibility for anything that was found during the search. Gda Duignan agreed with Dominic McGinn SC, defending, that Tiamiyu left Nigeria and came to Ireland in 2012. He got married two years later and the couple have three children together. He also supports two older children who still live in Nigeria. He accepted that Tiamiyu has a good work history in Ireland, has no previous convictions and has not come to garda attention since his arrest. Mr McGinn asked Judge Martin Nolan to accept that there is no evidence that any of the material found in his client’s home was used for fraudulent activity and suggested that the court was dealing with a possession offence, rather than a “widespread fraud”. Judge Nolan said that he must draw the inference that the only reason someone would have these items is to engage in profitable criminality. “Although I cannot say he was going to be a major player….there is no point in having such a machine or these passports unless they are going to be used,”  he continued. He took into account Taimiyu’s co-operation, admissions, lack of previous convictions and family responsibilities but said he “must suffer a term of imprisonment despite his very good mitigation.”The post Nigerian man jailed in Ireland for possession of false passports and ATM card cloning machine appeared first on Linda Ikeji Blog.
Uncategorized