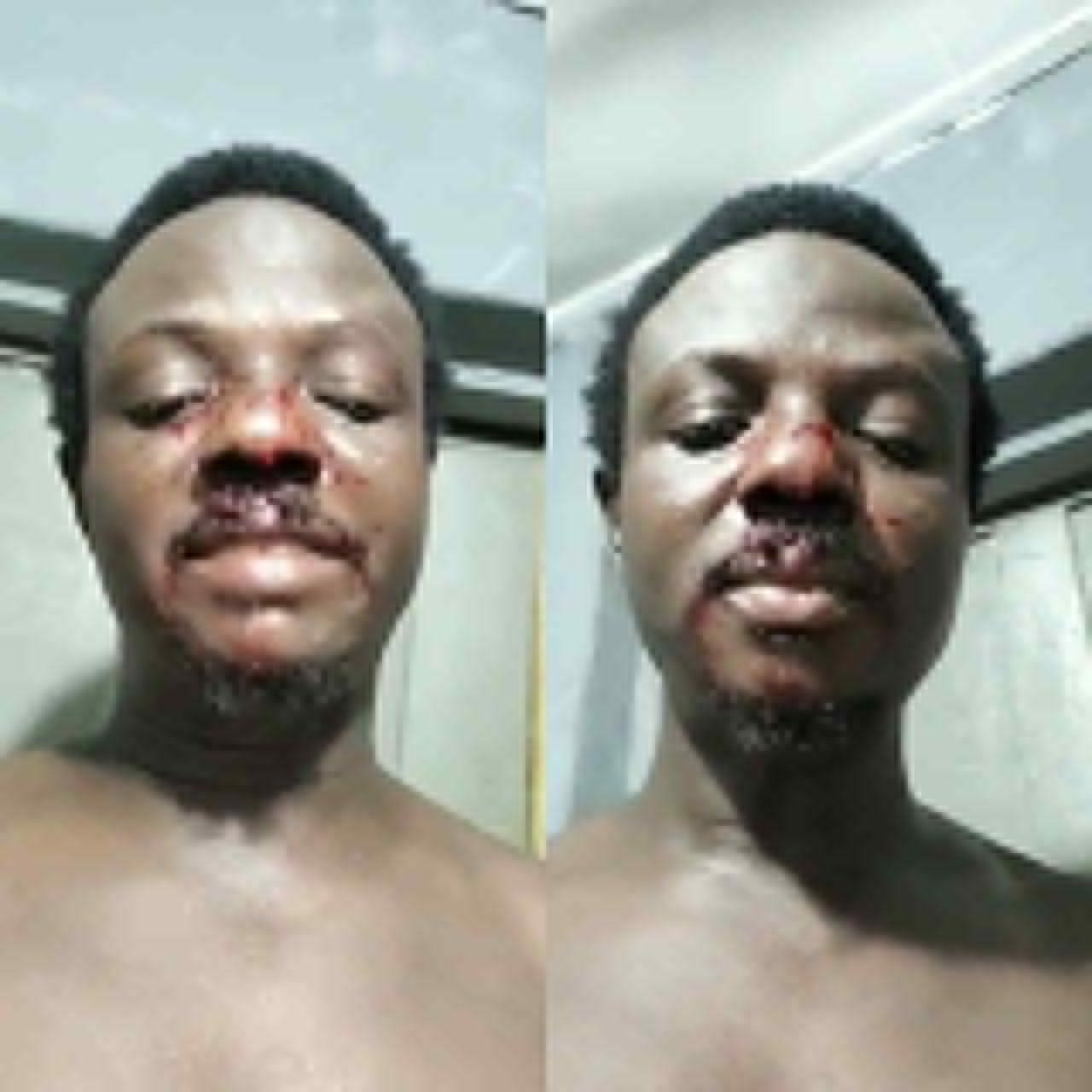 A Nigerian man has shared chilling details of how he was allegedly abducted and almost killed by suspected kidnappers after he boarded a bus at the Lekki-Ikoyo link bridge in Lagos state. In the video he made that has now gone viral, the man who appears to be a skate coach, said he had just finished his training at a facility on the Island and then decided to board a bus from the link bridge to Iyana Oworo. ”As I got into a bus that called Iyana Oworo, I noticed that there was this weird smell in the bus. Anybody who has been involved in military training or self defense will know gases that knock people off. That was what it was. So I spat in my handkerchief and used it to cover my nose. In about five or then minutes, every other occupants were all asleep asides from the team members who had all brought out their nose masks to cover their nose.” He said at this point, their leader who was in front looked back and when he noticed he wasn’t asleep, he queried him. The victim said it was at this point he knew that the men were kidnappers. He said he appealed to the men to take his phone valued at N1.3 million, his ATM so they can empty his account as well as a big chain he had on his neck worth millions, but they refused.  ”They said the only place I am going to come down is where they will dagger me and pieces me. Because they saw that I was shouting, they veered off the road and went to the place that leads to Adeniji Underbridge. It was pitch dark. They brought me out and started using knife, cutlass, different things on me. I am fortified. I am an african. So when they saw that the stabbing attempts, that the knife was not entering…about three of them held my neck, another two held my hand to the back, they put knife on my neck to try and slash my neck and slaughter me but it wasn’t penetrating.I heard their leader telling them in Hausa that they should lie me down and use their boot to crush my head.. About three of them were wearing army uniforms. About six of them held my hand and legs, two were using their boots to hit my eyes, hit my nose, they just wanted to knock me out. After some minutes, I just realised I was getting dizzy and I was about to faint and once that happens, these people will take me and do whatever they want. So I reached out for my bag which was on the floor and nobody noticed. I took out the knife and I started waving it in different direction so it cut one of them in the tummy. His tummy got bursted, another one in the eye and they started bleeding profusely. Their leader was now like they have gotten the remaining ones who are asleep, let them carry them and deliver them and that they should leave me” He said that was how he was abandoned by the kidnappers who left with the remaining passengers. LIB reached out to the spokesperson of the state police command, SP Benjamin Hundeyin. However, he said he doesn’t have any report of such an incident. Watch the video below…      View this post on Instagram           A post shared by Lindaikejiblog (@lindaikejiblogofficial)  The post Man gives chilling details of how he was abducted and almost killed by suspected kidnappers after boarding a commercial bus at Lekki-Ikoyi link Bridge in Lagos (video) appeared first on Linda Ikeji Blog.
Uncategorized