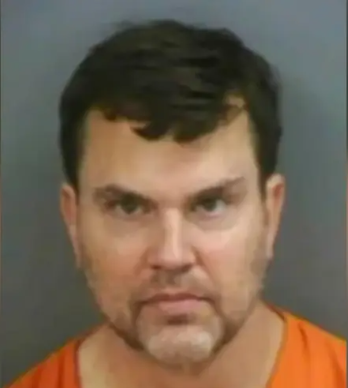 A Florida doctor has been charged for allegedly sexually assaulting two women who were undergoing procedures at his office, according to police. The Naples doctor, Eric Andrew Salata, is facing two counts of sexual battery to a physically helpless person. The 54-year-old victimized two women – 51 and 73 – in the middle of the cosmetic procedures after allegedly sedating them, according to a police report obtained by the Naples Daily News. The 51-year-old woman told police that during her procedure last month, Salata administered laughing gas to help her with the pain on top of a prescription she took when she arrived, according to a police report.   While admittedly not in her right mind, she said she felt Salata touch her private parts before she questioned what he was doing and he stopped, the report states. He then used more laughing gas and offered her an unknown clear liquid, possibly tequila, to drink, the report states. By that time, she said she was intoxicated and passed out. When she woke up, she said she saw Salata performing oral sex and passed out again before she could stop him, according to the report. When she woke up again, he was allegedly penetrating her, the newspaper reported, before she again became unconscious. The Naples Daily News reported the 73-year-old woman came forward Monday, Nov. 21, and told cops that Salata raped her during her procedure, citing authorities. The victim reportedly told officers the doctor massaged an area on her body and offered her laughing gas to relieve any pain. As the massage continued and more laughing gas was pumped, the victim said Salata then raped her, according to the report. She said she was awake and alert during the assault, and that Salata was on top of her for about 15 seconds, according to the report. Salata owns Pura Vida Medical Spa with his wife, according to WZVN. During both procedures, Salata was allegedly the only person in the room, the station reported. He was reportedly arrested Monday night, Nov. 21 – the same day the second woman came forward – and placed under a $200,000 bond. The post Florida doctor accused of sexually assaulting female patients while sedated for cosmetic surgery appeared first on Linda Ikeji Blog.
Uncategorized