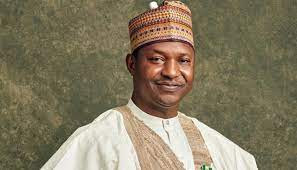 The Federal Government says it has so far made a recovery of one billion dollars ($1,000,000,000) from stolen funds since the inception of the President Muhammadu Buhari administration till date. The Attorney General of the Federation and Minister of Justice, Abubakar Malami, disclosed this after the Federal executive council (FEC) meeting presided over by President Buhari at the State House today November 23. The AGF said the recovered loots have been deployed to various sectors of the economy and have made a huge impact on poverty levels and the nation’s economy.  The post Looted funds: We have recovered one billion dollars since 2015 FG appeared first on Linda Ikeji Blog.
Uncategorized