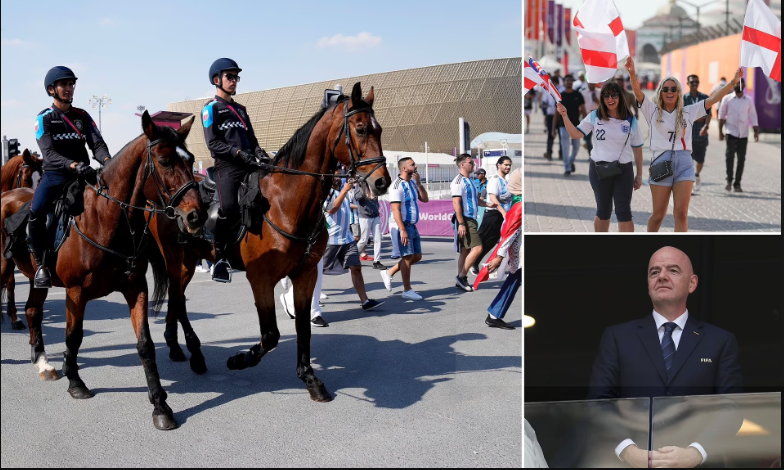 FIFA security officials have instructed police in Qatar not to treat women as criminals if they report rape or sexual assault. In a bizarre memo distributed, officers were also told that pregnant women should ‘not face any accusations’ In Qatar, women are second-class citizens who can be blamed or even jailed if they are attacked. And pregnant women seeking medical services can be placed under suspicion if they are not married, under Qatar’s strict morality laws. In the official guidance document from Fifa’s Security and Safety Operations Committee (SSOC), it was described how police should respond to various scenarios during the World Cup. It tells officers: ‘Women will not face any accusations if they report rape or sexual/harassment violence.’ And regarding women who are pregnant and require medical care, it says they should be given care ‘regardless of the circumstances and will not face any accusations’. Dr Charlotte Proudman, a barrister specialising in violence against women, has been outspoken about Qatar, saying: ‘Shockingly, everyone has been incredibly silent on Qatar’s horrific sexual assault laws. Qatar’s strict Islamic code outlaws all sexual contact between unmarried couples – making it an offence even if the woman has not consented.’The post FIFA security officials instruct police in Qatar not to treat women as criminals if they claim to be victims of rape orsexualassault appeared first on Linda Ikeji Blog.
Uncategorized