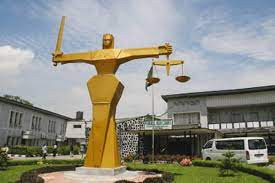 An Ebute Metta Chief Magistrates’ Court in Lagos State has remanded two brothers, Daniel and Evans Sunday, for allegedly poisoning their friend, Murani Talemu. The police prosecution team led by Inspector Orobosa Osagiede, told the court that the brothers gave the deceased a concoction suspected to be poison and that he died afterward. He said policemen detailed to investigate the circumstances surrounding the victim’s death arrested the brothers who confessed to the crime, adding that the offences contravened Section 411 and 217 of the Criminal Law of Lagos State, 2015. The charge read in part “That you, Daniel Sunday, Evans Sunday, and others still at large, on October 7, 2022, around 7am, at the Oba- Animashaun Street, Epe, Lagos State, in the Magisterial District, did unlawfully kill one Mureni Talemu, by forcefully administering a concoction suspected to be poison on him and thereby, committed an offense punishable under Section 217 of the Criminal Law of Lagos State of Nigeria, 2015.” The Magistrate, Bola Folarin-Williams, ordered that the brothers be remanded in custody until an advice from the state Directorate of Public Prosecutions is received, and then adjourned the case till December 9, 2022. The post Two brothers arraigned in court for allegedly poisoning their friend appeared first on Linda Ikeji Blog.
Uncategorized