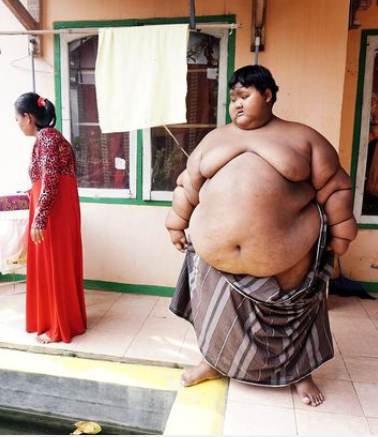 A boy once known as the world’s fattest boy has transformed his life after losing so much weight. Arya Permana, 16, says he’s now told he’s “handsome” after shedding half his body weight with the help of a strict diet and rigorous workout routine designed by a celebrity trainer. 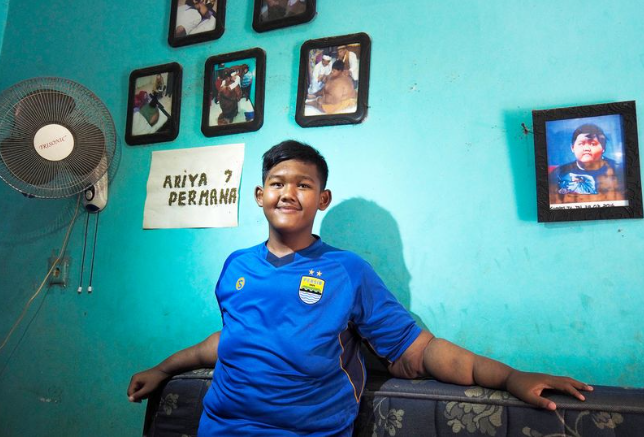 The teen, from Indonesia, weighed 30st (190kg) when he was at his heaviest at the age of 9, and had to be washed in a pool outside his house after he became too large to fit in the shower. Now he weighs about13.5st (87kg) – half the amount he weighed at his heaviest. Indonesian MP Dedi Mulyadi, who met Arya for the first time back in 2016, after his weight made him famous, shared before and now photos to show the teen’s progress. 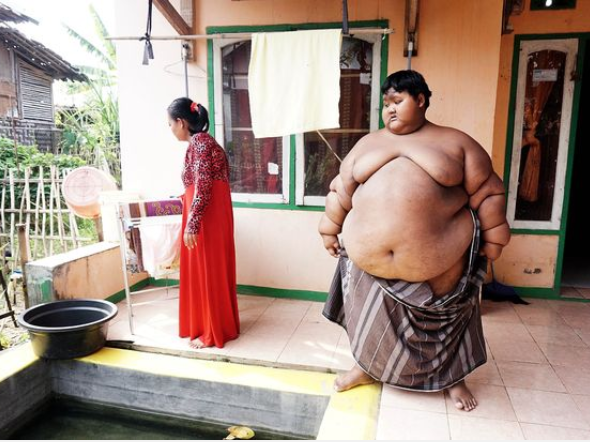 Arya at 9 Dedi captioned the photo: “On July 12, 2016, I once visited Arya Permana who is receiving medical treatment at Hasan Sadikin Hospital, Bandung. “Arya weighed 420 pounds at that time. Now that I read through the media, it turns out Arya’s body has returned to normal like children in general. “The kid looks handsome in glasses and turns out he’s handsome too. Keep healthy Son, a bright future awaits you. Happy Sunday to all kind netizens wherever you are.” 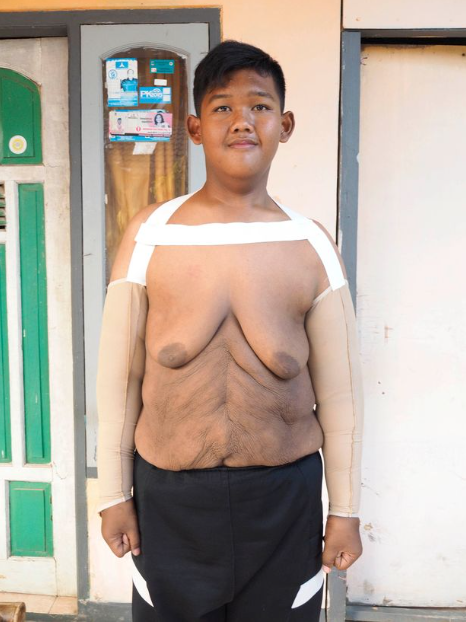 Now The teen’s transformation was made possible by celebrity trainer Ade Rai. Ade first started working with Arya back in 2016 and helped whip him into shape. Arya’s transformation was helped by bariatric surgery, which made his stomach smaller and helped the boy to limit his appetite. The teen’s dad, Ade Somantri, said he thanks diet, exercise and the surgery for his son’s new look. 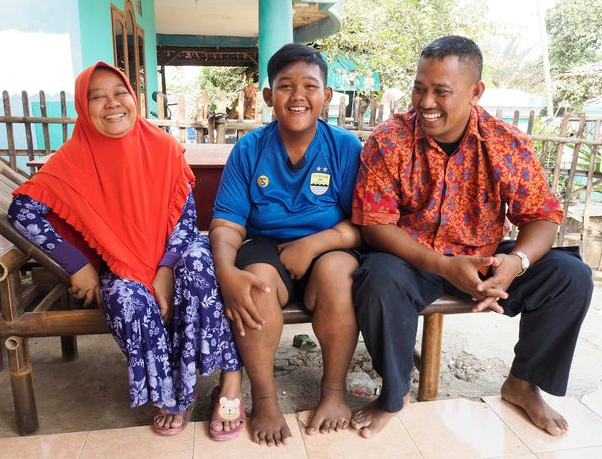 He said: “Arya managed to lose weight through bariatric surgery, diet and regular exercise. “For me, they are all good and supportive of each other.”  The post World’s fattest boy undergoes incredible transformation after losing some weight appeared first on Linda Ikeji Blog.
Uncategorized