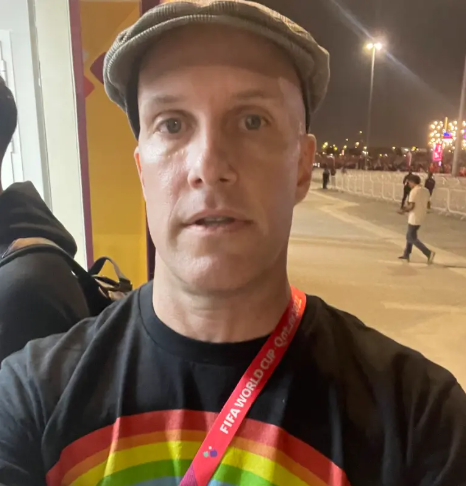 The Qatari crackdown on support for the LGBTQ community has seen an American journalist get detained on Monday November 21. Journalist Grant Wahl, who runs a Substack covering soccer and formerly wrote for Sports Illustrated, revealed on Twitter that he was not allowed into the stadium for Monday’s US-Wales 2022 World Cup match because of his shirt. His shirt had a soccer ball surrounded by a rainbow, considered the pride colour of the LGBTQ community. Wahl tweeted that he was told: “You have to change your shirt. It’s not allowed.” 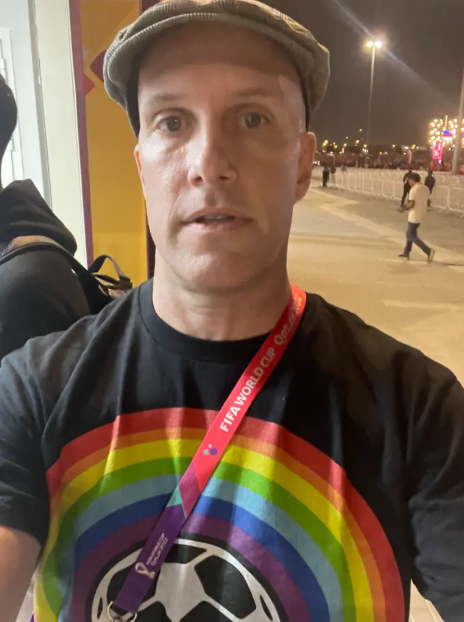 Later in the day, Wahl tweeted an update, saying he was “OK, but that was an unnecessary ordeal”. He wrote: “Am in the media center, still wearing my shirt. Was detained for nearly half an hour. Go gays.: Earlier on Monday, Nov. 21, FIFA threatened European team captains with automatic yellow cards for wearing a “OneLove” armband, as they had planned to do, leading England’s Harry Kane to back down and wear a FIFA-sanctioned armband instead.The post US journalist detained at World Cup stadium over LGBTQ shirt appeared first on Linda Ikeji Blog.
Uncategorized