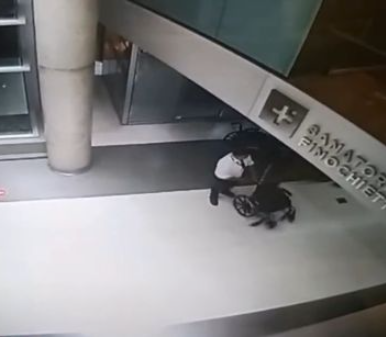 Hospital workers were shocked to hear of a “patient” walking through the front doors despite her dying the day before. CCTV footage shows a security guard greet a patient only he can see at Finochietto Sanatorium, a private care center located in Buenos Aires, Argentina.The security guard can also be seen chatting to the visitor no one else can see and offering her a wheelchair before she apparently decided to go to the doctor’s office on foot. 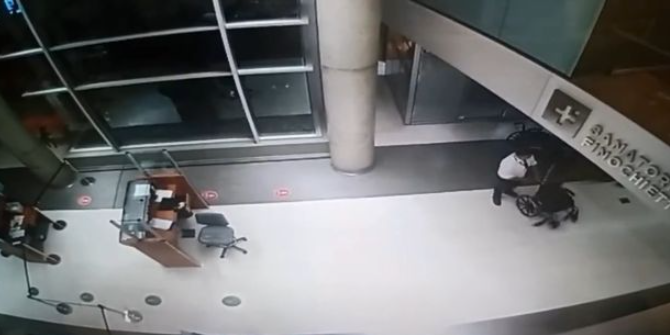 But hours later, when he checked to see where she had gone, spooked medics told him the only patient with that name had died the day before. In the footage viewed by shocked hospital staff, the security guard can be seen getting up from his chair with a clipboard in hand to let someone in. He can be seen allowing the “patient” into the lobby before cordoning the area off again. 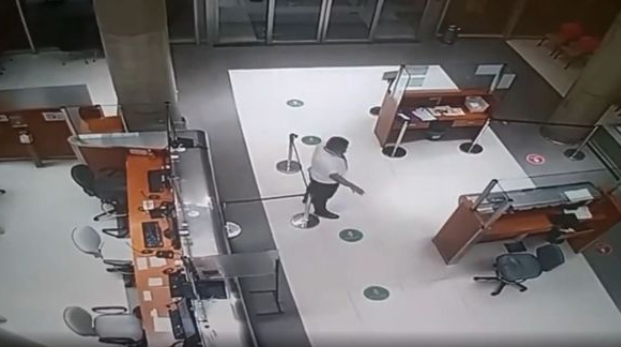 He can even be seen chatting with the visitor and offering them a wheelchair before they apparently decide to go to the doctor’s office on foot. Local media first reported that the guard had received an elderly woman asking to see a doctor at 3.36am on 11th November. Hours later, on noticing she had not left the doctor’s office, he called medics. When medics asked him for the patient’s details, he told them her name, but they replied that it could not possibly have been that woman, as the centre’s records showed that a person with that name had died the previous day. The images of the “ghost patient” interaction were shared all over social media, leaving viewers spooked. Some commented, suggesting it was the ghost of the deceased patient. However, the hospital believes the security man pretended to attend to the invisible patient “as a joke to make a story”. As for the door that opened to receive the patient, the hospital explained that the door was broken and kept opening by itself. The hospital said of the door: “As it was broken, it opened by itself 28 times during the 10 hours between Thursday night and Friday early morning.” The hospital added that “everything is under investigation”. Watch the video below.  The post Shocking moment hospital security attends to ‘ghost patient’ after dying the day before (video) appeared first on Linda Ikeji Blog.
Uncategorized