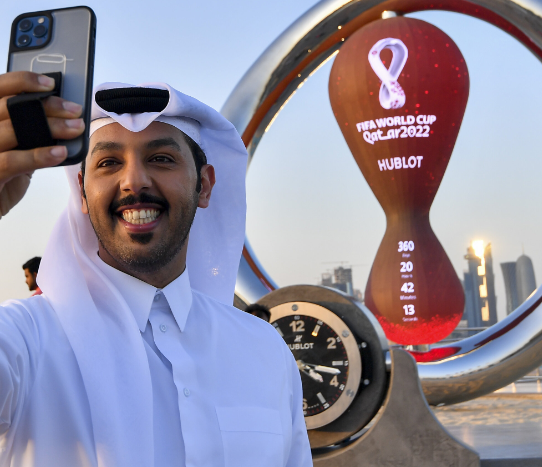 As the World Cup is currently underway in Qatar, tourists have been made aware of some behaviours that are considered normal in other countries but could land them into trouble in Qatar. The conservative Gulf country is hosting the 2022 FIFA World Cup from 20 November to 18 December 2022. There have been debates about members of the LGBTQ community being allowed the freedom to express themselves in the country. Also, debates around alcohol started after the sale of all beer with alcohol at the eight World Cup stadiums was banned Friday, Nov. 18, only two days before Qatar 2022. Tourists travelling to the country have received several warnings about what is acceptable and what is not. A guide to social norms and etiquette in Qatar was published by Expatica to arm tourists with information. According to the guide, gestures such as giving thumbs up and using your finger to point at someone to come to you can result in legal punishments. See other gestures considered unacceptable in Qatar. 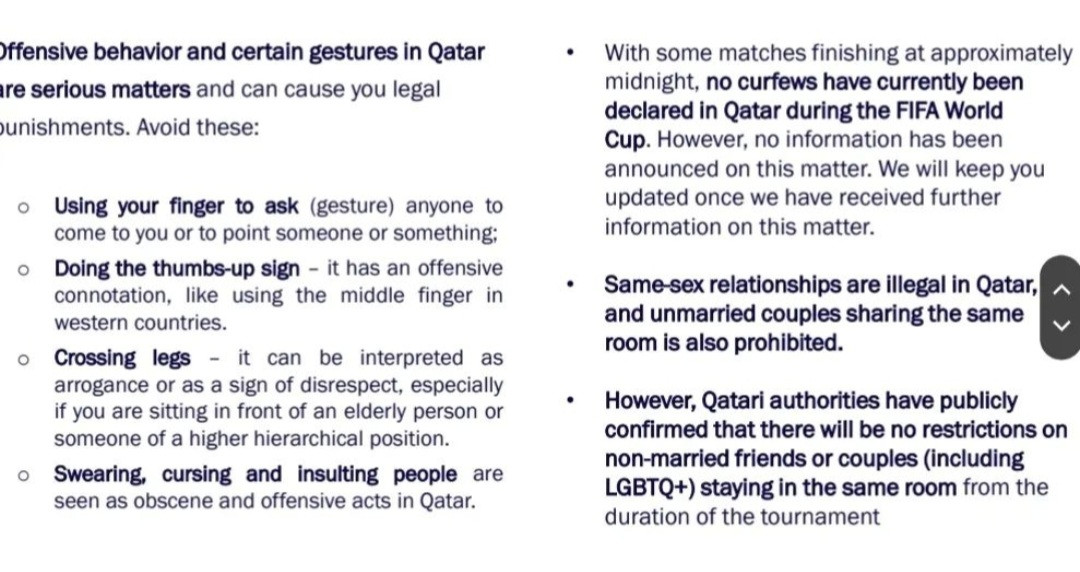 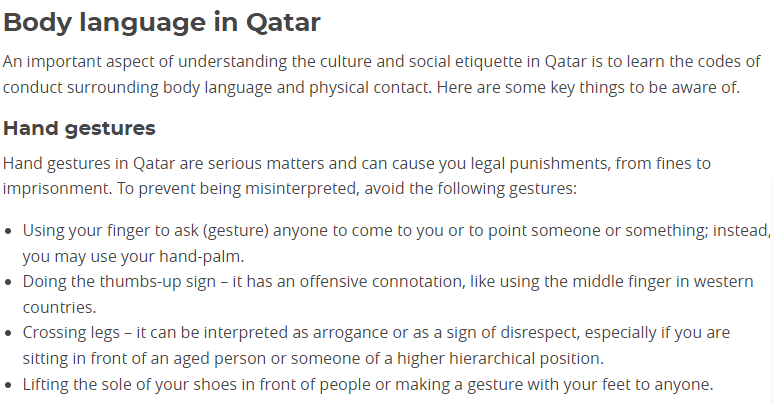 The post Gestures like doing the thumbs-up sign and using your fingerto point at someone can result in legal punishments in Qatar appeared first on Linda Ikeji Blog.
Uncategorized