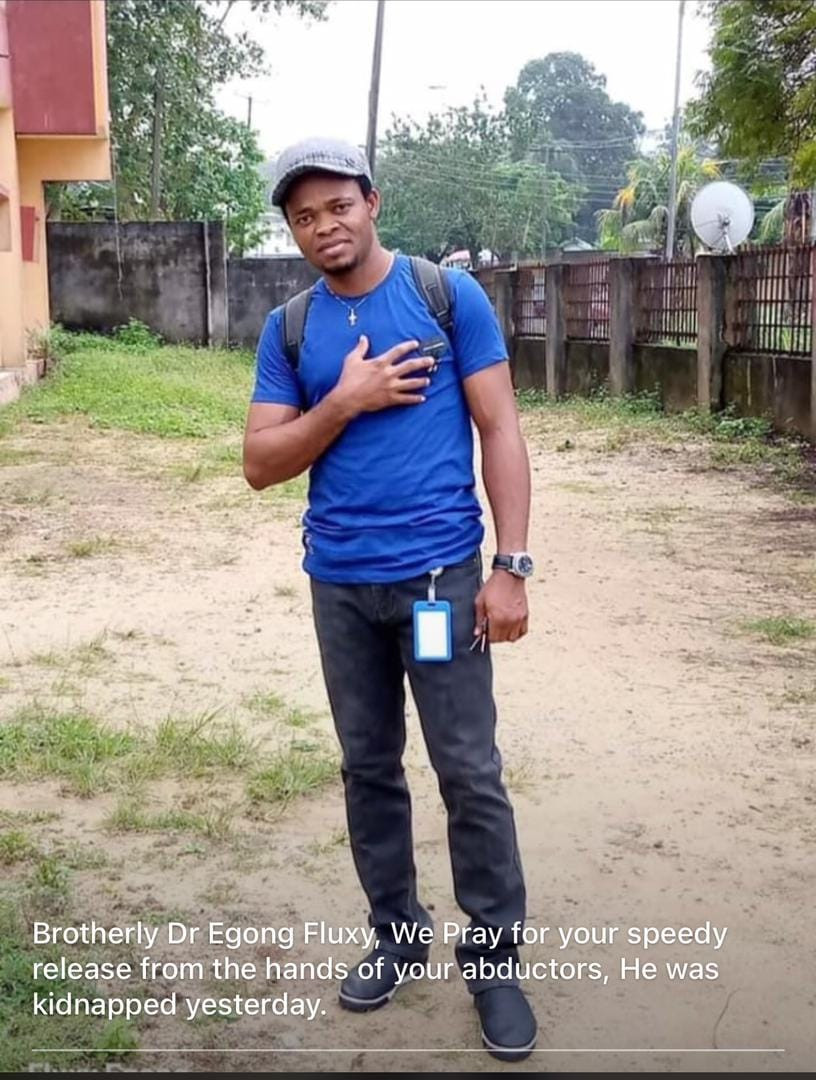 The Nigerian Medical Association (NMA), Cross River State chapter, on Monday, November 21, 2022, embarked on an indefinite strike over the kidnapping of its members The victims, Dr. Joshua Omini, a staff member of General Hospital in Ugep community, Yakurr Local Government Area of the state, and Dr. Ekpo Egong of General Hospital, Calabar, were abducted on Friday, November 18. along Calabar-Ikom Highway, Okomita – Uyanga axis (Akamkpa) in the state.  LIB had earlier reported that the kidnappers had contacted families of the doctors and demanded 100 million naira for their release.  NMA announced the strike in a statement jointly signed by its state Chairman, Dr. Felix Archibong, and the Secretary, Dr. Amaku Asuquo, after an emergency meeting in Calabar, the state capital, on Monday. The communiqué stated that the medical doctors were kidnapped on the Ekomita-Uyanga axis of the Calabar-Ikom highway. The association said that its members observed with dismay the lack of security personnel, patrols or checkpoints on the said stretch of road in spite of a previous reported case of kidnap on November 15. “Members observed the deplorable state of the road especially from Okomita to Uyanga, all in Akamkpa Local Government Area,” the statement read. “This deplorable state of the road causes vehicular movement around that area to proceed at minimal speed, hence providing an advantage to these criminal elements to perpetuate their evil intentions. “NMA in Cross River State has embarked on an indefinite strike from Monday, November 21, 2022, in solidarity with its members still in the hands of their abductors. “The government should activate all necessary instruments at its disposal to ensure the timely and unconditional release of our members in the hands of their abductors. “The state government should as a matter of urgency provide security checkpoints and patrol vehicles at vulnerable areas of the road,” the body said.NMA also called on the state government to urgently effect repairs of the affected portion of the road that slows down vehicular movement and promotes easy attacks by hoodlums and abductors. The association urged Governor Ben Ayade of the state to activate all necessary mechanisms to ensure that the menace of kidnapping was nipped in the bud before the Yuletide season. “NMA in Cross River is not oblivious of the hardship its strike will have on the good people of Cross River. “However, we appeal to all the relevant security agencies to ensure a timely release of our abducted colleagues,” the association said. The post Doctors begin indefinite strike in Cross River over kidnapped colleagues appeared first on Linda Ikeji Blog.
Uncategorized