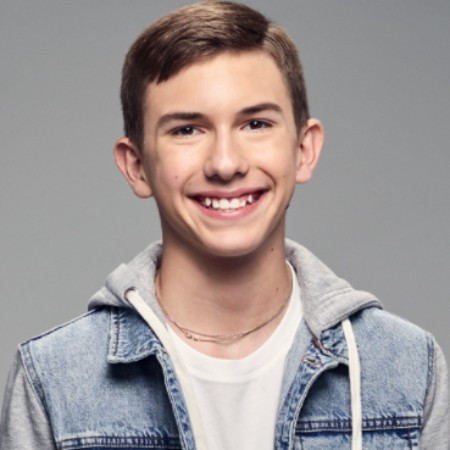 Reality TV star, Grayson Chrisley of “Chrisley Knows Best” has been rushed to a hospital after being badly injured in his truck which he totaled.  Tennessee police revealed that Grayson was driving his Ford F-150 on I-65 in Nashville last Saturday around 5:30 PM, when he drove into the back of a Dodge pickup truck that was stopped in heavy standstill traffic. TMZ reported that Grayson, who is Todd and Julie Chrisley’s son could not recall what happened possibly due to a potential head injury.

He was rushed by ambulance to a hospital. Photos obtained by the publication revealed that the bumper of his truck was mangled, the hood cracked and the windshield shattered. No arrests, charges or citations have been handed out. This is however coming after Grayson’s parents were found guilty in June of bank fraud and tax evasion. Todd and Julie are awaiting sentencing and are facing up to 30 years in federal prison. Grayson first got the truck back when he was 15 and Todd was super worried about him getting into a car accident, like his older sister.The post ‘Chrisley knows best’ star, Grayson Chrisley rushed to a hospital after being badly injured in an accident appeared first on Linda Ikeji Blog.
Uncategorized