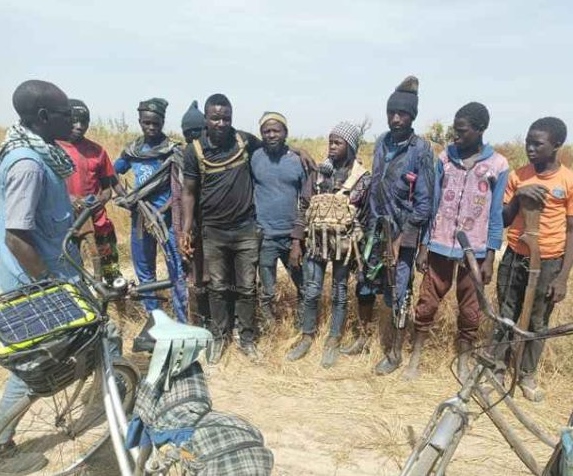 At least 49 terrorists of the Jam’at Ahl as-Sunnah lid-Da’wah wa’l-Jihd, including two commanders, Ba’a Usman (Munzir) and Alhaji Ari (Nakib), have reportedly surrendered to troops in Borno State. Zagazola Makama, a counter-insurgency expert in the Lake Chad region, quoted military sources as he disclosed that the terrorists surrendered to the troops of Operation Hadin Kai in Damboa on November 20, 2022. He said preliminary investigation revealed that the insurgents came out from Sambisa Forest, where they had been operating from So far, no fewer than 90,000 insurgents — comprising combatants and non-combatants and their families — have surrendered to the Nigerian troops.The post At least 49 terrorists surrender to troops in Borno appeared first on Linda Ikeji Blog.
Uncategorized