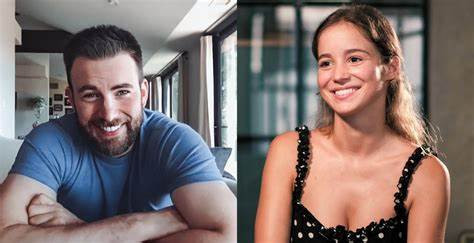 Chris Evans and his girlfriend, Alba Baptista, have been spotted holding hands jist after reports of them dating “for over a year” made headlines.  A source told People that the “Captain America” star, 41, has been dating 25-year-old Portuguese actress Alba Baptista “for over a year and it’s serious.” The source added;  “They are in love and Chris has never been happier. His family and friends all adore her.”  Baptista who is best known for starring in this year’s “Mrs. Harris Goes to Paris”, speaks five languages and is the daughter of an engineer and a translator. She has also provided “an extensive amount of humanitarian work” to an orphanage in Cambodia. The report about Evans’ new romance comes just days after he was named People magazine’s “Sexiest Man Alive.”  The couple has however been spotted holding hands in photos exclusively obtained by Page Six. The Marvel star and Portuguese actress tried to stay under the radar while going on a stroll through Central Park on Thursday, November 10. The incognito couple held on tightly to one another as they made their way through the crowded streets while wearing matching sunglasses and face masks. Both actors kept things casual with Evans rocking grey sweatpants, a black shirt and a black hat, while Baptista opted for bright red leggings and a beige turtleneck sweater.The post World’s sexiest man Chris Evans and girlfriend Alba Baptista hold hands in first PDA photos appeared first on Linda Ikeji Blog.
Uncategorized