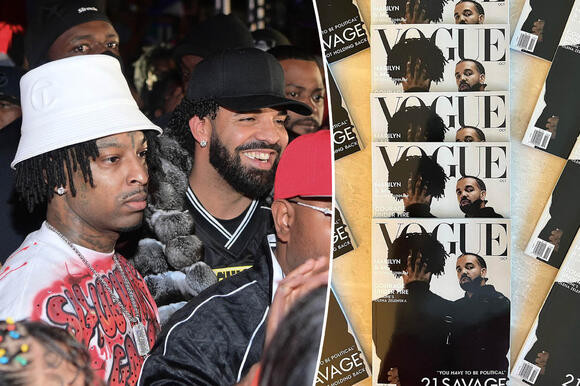 Rappers, Drake and 21 Savage have been ordered by a court to cease the use of a fake Vogue cover in promotion of their new album Her Loss. A federal judge ordered the rappers to not use fake covers of the magazine, as well as the likeness of the publication’s editor-in-chief Anna Wintour, TMZ reported Thursday November 10, after reviewing court docs in the $4 million case from publisher Condé Nast. Drake, 36, and 21 Savage, 30, have subsequently removed the post, per the court order. The case is headed back to court on November 22. Ahead of the release of the collaboration album, Drake, in jest, thanked Wintour in an October 30 post that featured Photoshopped images of the pair appearing to be on the magazine cover, spurring the legal response. 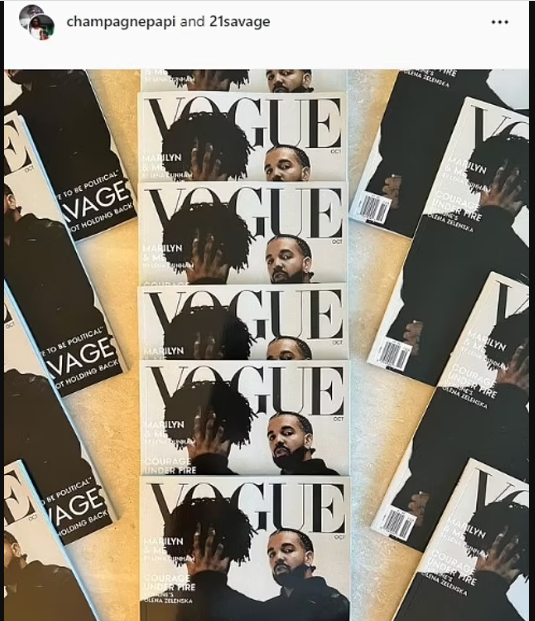 He captioned the image: ‘Me and my brother on newsstands tomorrow! Thanks @voguemagazine and Anna Wintour for the love and support on this historic moment.’  However, it was all a publicity stunt to promote the joint studio album Her Loss, which Drake and 21 Savage dropped last Friday. Vogue and its editor-in-chief Anna Wintour ‘have not endorsed Her Loss in any way’ asked the Privileged Rappers ‘multiple times’ to take down the covers, which never happened – according to TMZ Hip Hop. Drake (born Aubrey Graham) and 21 Savage (born Shéyaa Bin Abraham-Joseph) also reportedly did an email blast, and they enlisted street teams to hand out physical copies of their faux Vogue and plastered cities with the cover.The post Rappers Drake and 21 Savage ordered by court to stop use of fake Vogue cover to promote their album in latest in $4M suit appeared first on Linda Ikeji Blog.
Uncategorized