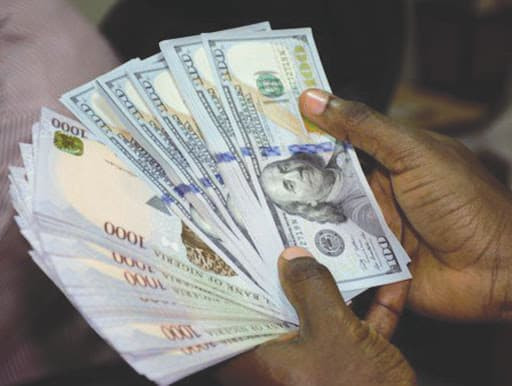 The naira, which has been falling against major currencies in the past two weeks, has staged a comeback, recording gains on the parallel market on Friday, November 11.As at press time, the Naira exchanged for about N730 to a dollar . The Nigerian currency hit an all-time low of about N850 to the US dollar on the black market shortly after the Central Bank of Nigeria (CBN) announced plans to redesign high-value currency notes of N200, N500 and N1,000 and reissued from December 15. CBN announced that the affected currency notes will cease to be accepted after January 31, 2023, asking Naira currency holders to pay their currency notes to the banks before then.Since the announcement some Nigerians have begun paying their naira notes into banks while many have started saving in dollars, reducing the amount of dollars available with black-market bureau de change operators. Reacting to the appreciation of the naira, the Institute of Chartered Accountants of Nigeria (ICAN) says it is worried about the pressure the naira is facing from the US dollar.ICAN president, Mallam Tijjani Isa, speaking on Thursday in Lagos during a briefing to commemorate the International Accounting Day 2022 said;“As a nation, we must find a permanent solution to the forex crisis if we are to develop at the desired pace,” he said.The post Dollar Crashes at Parallel Market To N730 appeared first on Linda Ikeji Blog.
Uncategorized