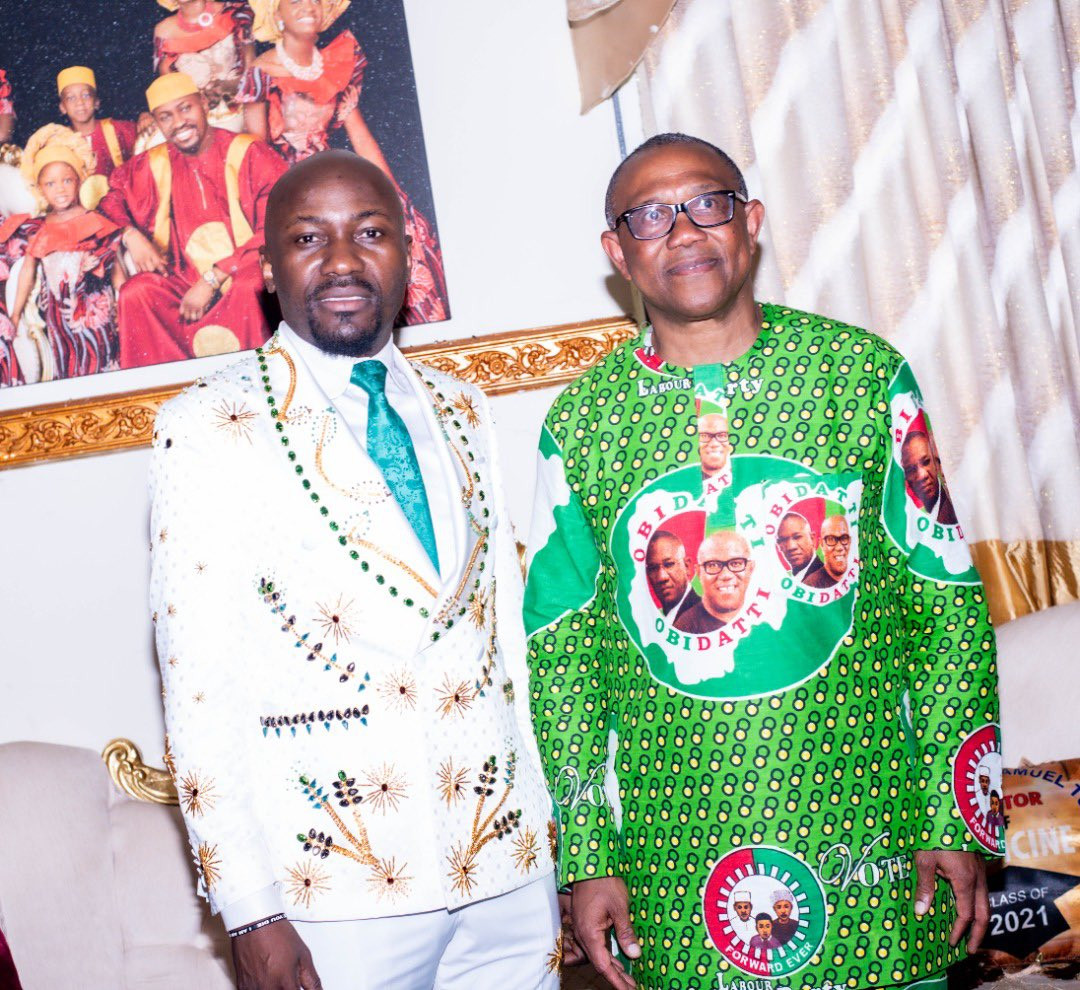 Apostle Johnson Suleman has thanked Peter Obi for paying him a visit. Johnson, the President of Omega Fire Ministries, shared a photo he took with Obi during the visit then wrote: “Thank you @PeterObi for coming to the house..may God continually protect you in Jesus name…” This comes weeks after gunmen attacked Suleman’s convoy and killed seven persons, including his three police orderlies, two drivers and two female domestic workers. Following the attack, Obi took to Twitter to condemn the attack and commiserate with Suleman and his family. 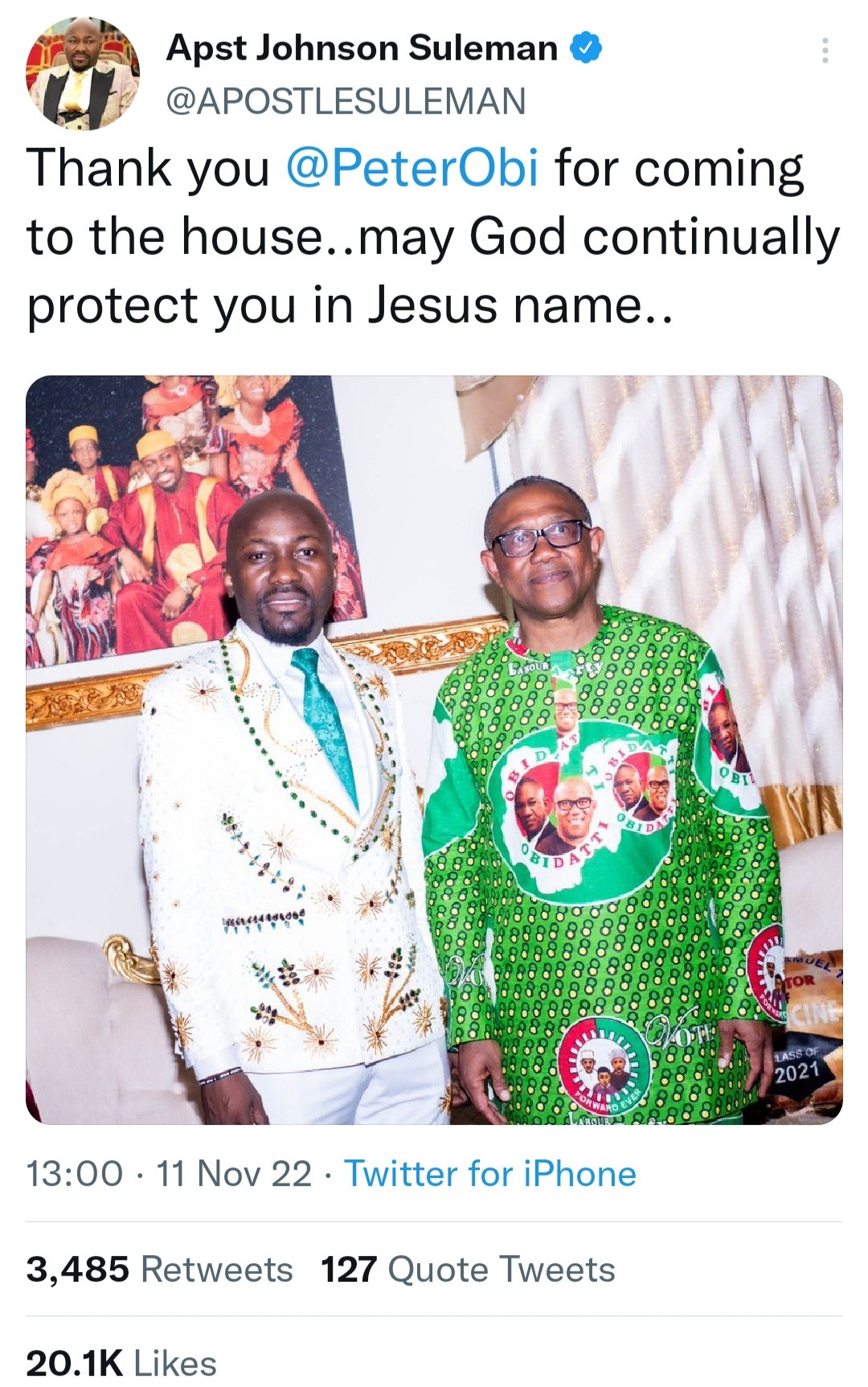 The post Apostle Johnson Suleman thanks Peter Obi for visiting him at home following attack on his convoy appeared first on Linda Ikeji Blog.
Uncategorized