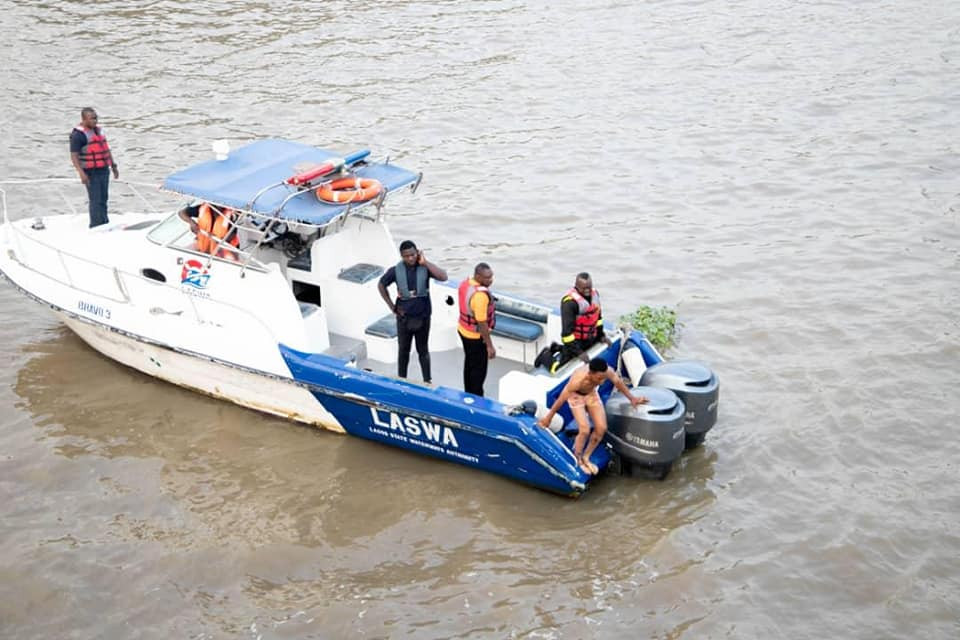 A yet to be identified woman said to be in her thirties jumped into the lagoon on Third Mainland Bridge, Lagos State on Thursday, November 10, 2022.  It was gathered that the woman had disembarked from a cab, headed towards the railing of the bridge and plunged into the water. The Permanent Secretary, Lagos State Emergency Management Agency, Dr Olufemi Oke-Osanyintolu, who confirmed the incident in a situation report said a search and rescue team had been mobilised to look for the woman. “Upon arrival of the LRT at the incident scene, investigation revealed that a lady in her late thirties (30s) plunged into the Lagos lagoon,” he said.  “Further investigation revealed that the lady alighted from a cab on the bridge and plunged into the lagoon,” The LASEMA boss said the cab driver claimed the woman was having a heated conversation with her fiance before alighting from the vehicle. “The LRT men of Lagos State Fire and Rescue Service, LASWA and officials of the Department of State Service (DSS) are currently on the ground working better together to search for the victim,” he added. The post Woman alights from cab, jumps into Lagos lagoon appeared first on Linda Ikeji Blog.
Uncategorized