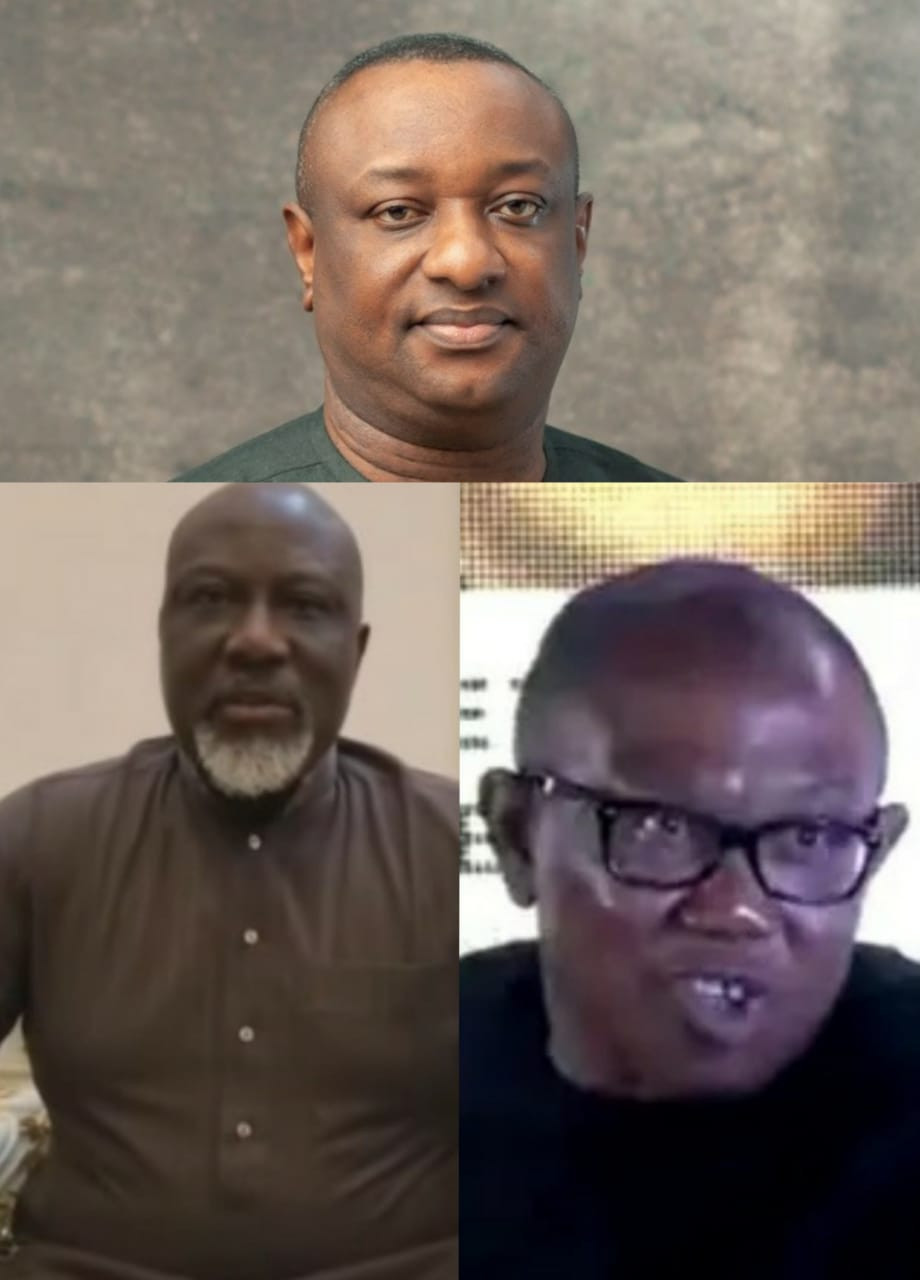 Festus Keyamo who is Nigeria’s Minister of State for Labour and Employment has knocked Labour Party presidential candidate, Peter Obi, for lashing out Dino Melaye at a presidential town hall meeting held last Sunday, November 6. LIB had reported that Obi tackled Dino after one of the attendees stood up to question the presidential candidates and someone who he presumed to be Dino Melaye said “Na wa o, Obi people.”  On hearing the words, Peter Obi snapped at Dino saying;“Stop that Dino. Why are you always calling me? I won’t take that. This man is from ANPP. Why are you calling him Obi people?” a visibly angry Peter Obi said Reacting to the video on his Twitter handle this morning, Keyamo who is the spokesperson of the APC Presidential council shared a video of President Buhari addressing some restless lawmakers in the National Assembly during one of his previous presentations and said that Peter Obi’s response was ”unstatesmanlike”. According to him, some people are not fit for the highest office ”Take a look at both videos. One was PMB being heckled at NASS in 2018 by same character that heckled Peter Obi last Sunday. Watch PMB’s quiet and dignified response to them and P.O’s unstatesmanlike response. You will understand that some people are not fit for the highest office” Watch the video he shared below…      View this post on Instagram           A post shared by Lindaikejiblog (@lindaikejiblogofficial)The post Unstatesmanlike response. Some people are not fit for the highest office – Festus Keyamo knocks Peter Obi for lashing out at Dino Melaye at Presidential town hall meeting appeared first on Linda Ikeji Blog.
Uncategorized