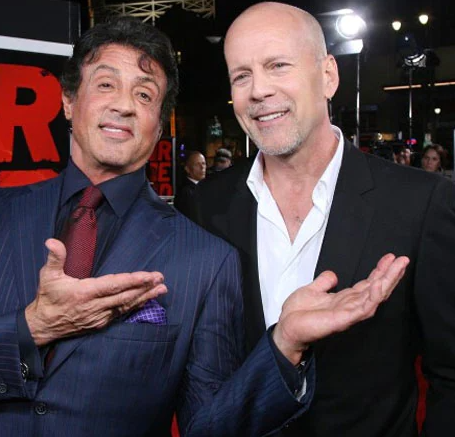 Sylvester Stallone issued a heart-wrenching update on his longtime friend and co-star, Bruce Willis. Bruce’s family announced his aphasia diagnosis in March this year and they added that he will step away from acting. Speaking about Willis’s condition, Stallone, 75, who has been friends with Willis, 67, for decades, said he’s been “incommunicado” ever since the diagnosis. Stallone told The Hollywood Reporter: “Bruce is going through some really, really difficult times. So he’s been sort of incommunicado. That kills me. It’s so sad.” When the actor’s diagnosis was revealed in March, Stallone shared a heartfelt post on Instagram as he sent well wishes to his friend. “We go back a long way, praying for the best for you and your wonderful family,” Stallone wrote at the time alongside several snaps of the pair.  Aphasia is a condition that can affect a person’s ability to speak, write and understand language, with treatment including speech and language therapies, according to the Mayo Clinic.The post Sylvester Stallone shares troubling update on Bruce Willis’ condition appeared first on Linda Ikeji Blog.
Uncategorized