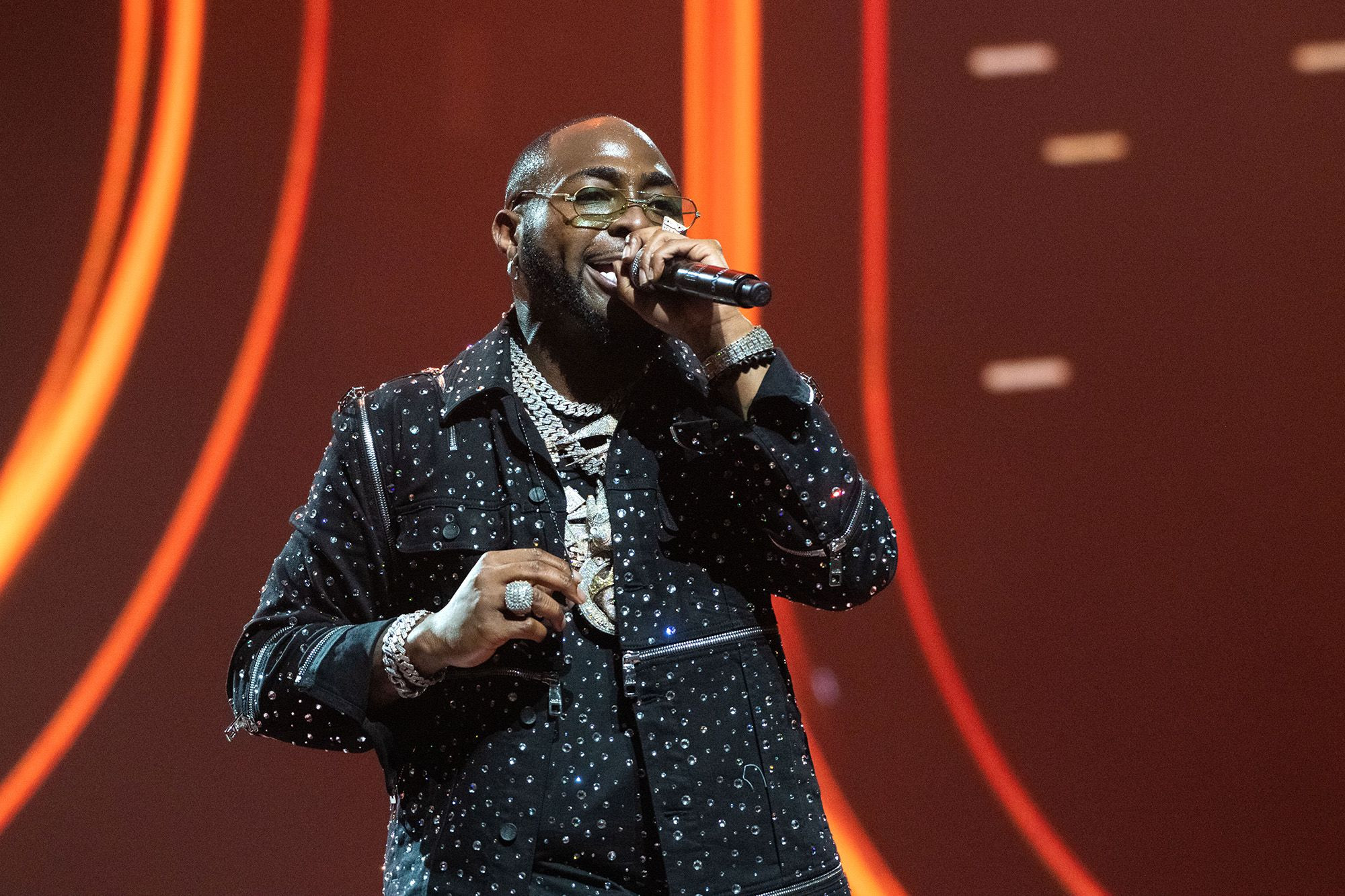 Nigerian singer,  Davido, has postponed his forthcoming music festival tagged ‘Are We African Yet?’ (A.W.A.Y), which was initially scheduled to be held in Atlanta, United States later this month to November 18, 2023. Organisers of the festival made the announcement via an official statement on Instagram. According to the statement, the decision to postpone the music festival was a tough one which was taken in the best interest of the show, adding that all tickets remain valid for the new date. The statement read; “We have made the difficult but necessary decision to postpone the A.W.A.Y Festival until Saturday, November 18, 2023. To all ticket buyers, your tickets will be honoured for the 2023 date. “We understand that you must be disappointed but we promise to come back with a bigger and better show. Thank you for understanding and we look forward to seeing you all in the near future.” 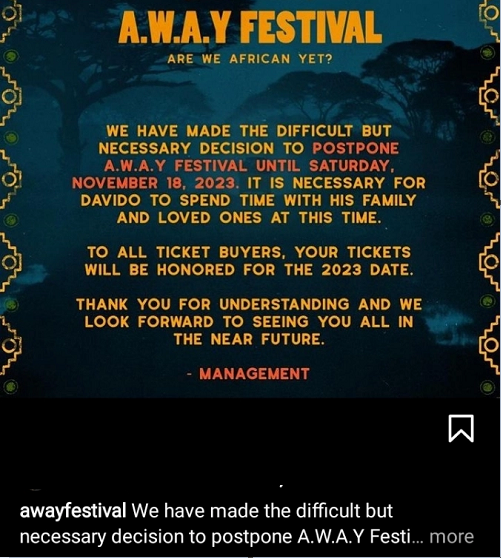 The statement is coming days after the singer and his partner, Chioma lost their 3-year-old son, Ifeanyi Adeleke, on October 31, 2022. The post Singer Davido postpones US music festivaltill2023 appeared first on Linda Ikeji Blog.
Uncategorized