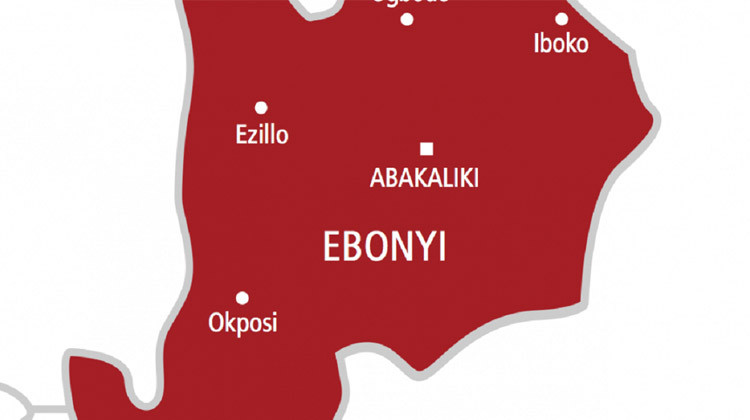 Chief Abia Onyike, a Chieftain of the Peoples Democratic Party in Ebonyi State was on Wednesday, November 9, allegedly abducted and beaten by Ebubeagu operatives in the state.  The former Commissioner for Information in the state and Deputy National President of the Nigerian Union of Journalists, was allegedly abducted at Octovia Pharmacy on Water Works Road, Abakaliki, where he was said to have gone to buy some drugs for his medication. It was alleged that while at the pharmacy, he was reportedly bundled into a Sienna bus by some men and whisked away.  Upon arriving Ebubeagu Office in Abakaliki, he was allegedly ordered to remove his clothes and brutally beaten up, until a call came for his release. Reacting to this, Ebebuagu Commander in the state, Friday Nnanna, claimed it was a case of mistaken identity.  Nnanna said;  “Immediately after his name, place of origin and personality was ascertained, he was released.“The place they said Abia was caught was where a criminal element we have been looking usually stay. We have satellite everywhere. That’s where the suspect usually come to collect arms and ammunition and rifles kept for him. He normally comes from outside the State.“You can ask the victim what we did immediately he was asked his name, and where he came from; We ordered them to leave him immediately. People have been putting surveillance where he was arrested. ” Recouting his ordeal, Onyike told Punch that he was allegedly given over 30 slaps. While laying down naked, planks and other weapons were allegedly used on him by the operatives. He said;  “As I talk to you now, I can’t hear well with my one of my ears. I was slapped over 30 times. They asked me to lay down naked and beat me up severally with different dangerous objects.“They even threatened to shoot me and bury me there. I can’t hear well again.“They tortured me for over one hour, until some minutes to 11pm when one of them came and said I should be released, that it was a mistaken identity.”  The post Ebonyi PDP chieftain allegedly abducted and beaten by Ebubeagu operatives appeared first on Linda Ikeji Blog.
Uncategorized