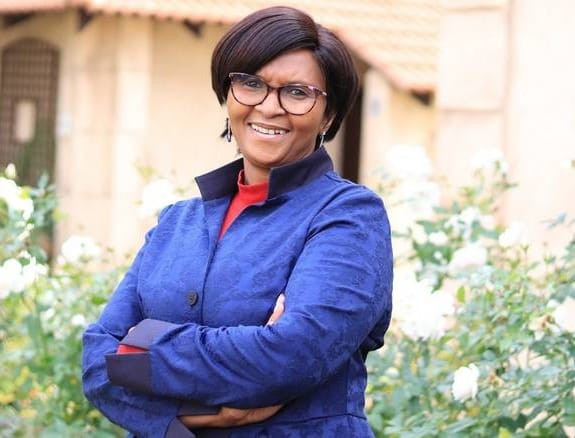 The Consulate General of Nigeria, based in Johannesburg has condemned the heedless circulation of a sex video depicting a woman purported to be Speaker of the Free State Legislature, Honourable Ntombizanele Zanele Sifuba.  The video alleged to have been released by an unnamed Nigerian national, shows the woman, lying on a bed and indulging in sexual activity In a statement issued on Wednesday, November 9, 2022, the Nigerian envoy called on the media to refrain from hasty and definite conclusions on the nationality of the suspect. This, according to the statement, may put the lives and properties of law-abiding Nigerians in South Africa at risk.  The Consulate General described the video as a flagrant violation of South Africa’s legislation on combating gender-based violence (GBV) and cyber abuse.  “The Consulate General therefore reassures host authorities of its full support and cooperation towards the identification, tracking, arrest and prosecution of any Nigerian believed to be responsible or complicit in the mindless circulation of the offensive sex video,” the statement read. “It also appeals to the public to desist from further circulation of the offensive sex video and negative profiling of foreign nationals based on the alleged acts of criminal-minded individuals.” 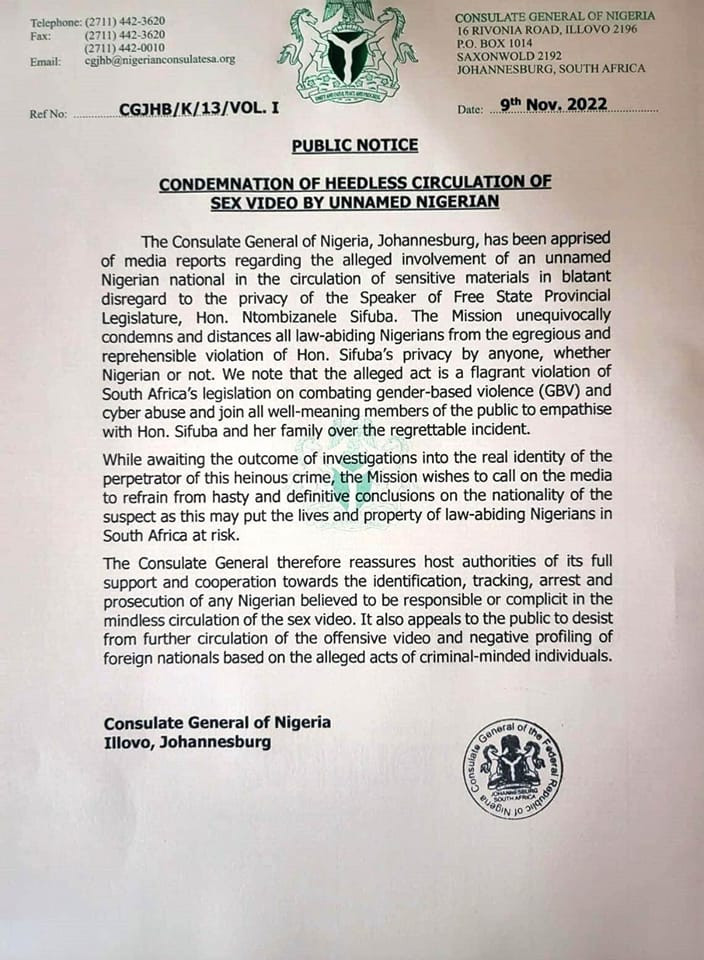 The post Consul General of Nigeria calls on media to refrain from hasty conclusions on the nationality of suspect who released sex video of South African politician appeared first on Linda Ikeji Blog.
Uncategorized