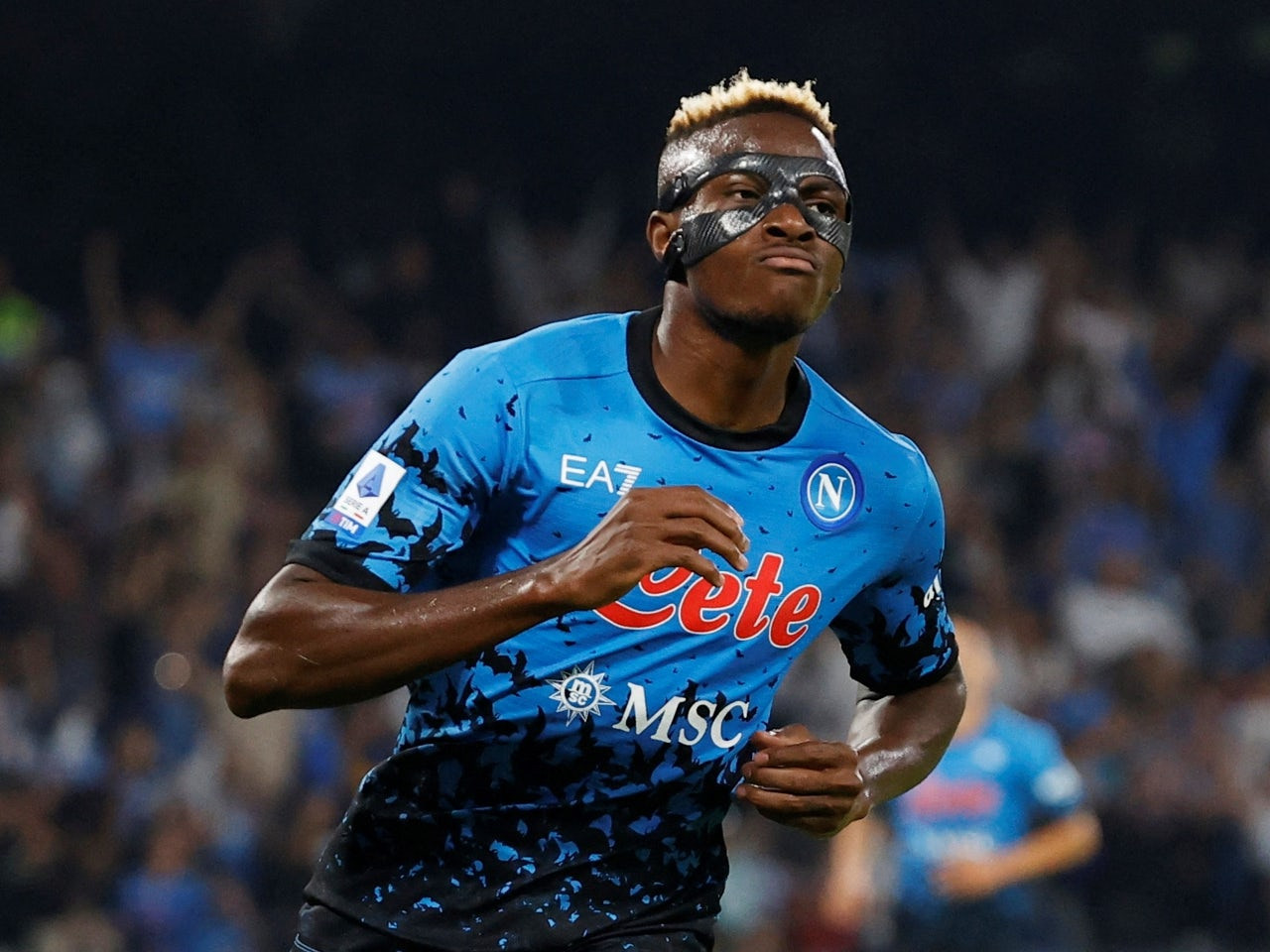 Real Madrid coach, Carlo Ancelotti has reportedly pleaded with the club president Florentino Perez to do everything to sign Napoli’s Victor Osimhen and AC Milan star Rafael Leao in January. Ancelotti has been planning to bolster his attack since returning to the Bernabeu last year having failed to land Kylian Mbappe this summer. Karim Benzema’s current injury woes have now left Ancelotti with no choice than to list out  Leao and Osimhen as priority buys in the winter window, according to Spanish news outlet Sport. Leao has become one of Europe’s hottest properties at AC Milan and is wanted by Europe’s biggest clubs, with Chelsea and Manchester City ready to battle it out for the Portuguese star.

Leao was named Serie A MVP for 2021-22 and has continued to shine once again this season, scoring six goals and adding a further nine assists in just 17 appearances so far across both the Serie A and Champions League.  Leao is reportedly demanding club-record wages of £170,000 a week to stay at the San Siro, which could see the likes of Real take advantage of the situation in the new year. While Leao has been lighting up the Serie A with AC Milan, Ancelotti is also interested in making a double swoop for Osimhen. The Nigerian striker has been on top form for Napoli, having scored nine goals in 13 games in all competitions to send Luciano Spalletti to the top of Serie A, where they are on a 14-game unbeaten streak.The post Real Madrid coach, Carlo Ancelotti ‘pleads’ with the club chief Florentino Perez to sign Super Eagles striker Victor Osimhen appeared first on Linda Ikeji Blog.
Uncategorized