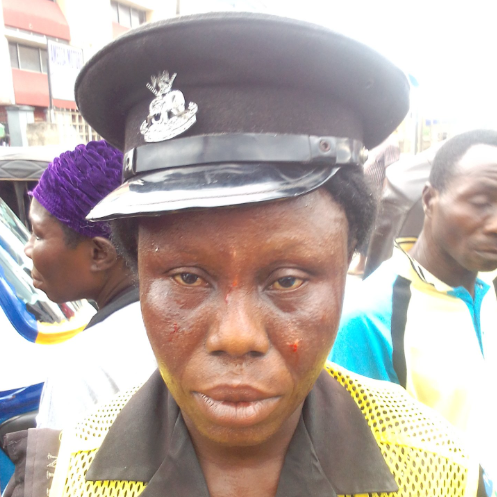 Police inspector, Endurance Ogene, was assaulted by a woman while trying to separate a fight in Delta State. Ogene, who serves at the Enerhen Division in Uvwie Local Government Area of Delta State, was trying to make peace by separating a fight between the woman and a commercial tricycle operator named Victor Dickson when she was attacked and injured. The commercial tricycle operator was also injured by the woman who injured the officer. The woman, who refused to disclose her name, denied assaulting the female police officer. She claimed she boarded the tricycle from the main market to Enerhen junction and paid one hundred naira for her transportation. She said that the tricycle operator refused to give her complete change in return, according to DailyPost.  This resulted in an argument between them until the policewoman intervened. The motorcycle operator said he picked the woman from the main market to Enerhen junction for one hundred and fifty naira, which she agreed to pay. Dickson said he was surprised when they got to Enerhen junction and she started an argument and in the process the woman injured him. He said the woman also injured the policewoman when she was trying to make peace. But the accused denied this, saying: “I nor know the woman before o. No be me injure her o.”The post Police officer assaulted while separating fight in Delta appeared first on Linda Ikeji Blog.
Uncategorized