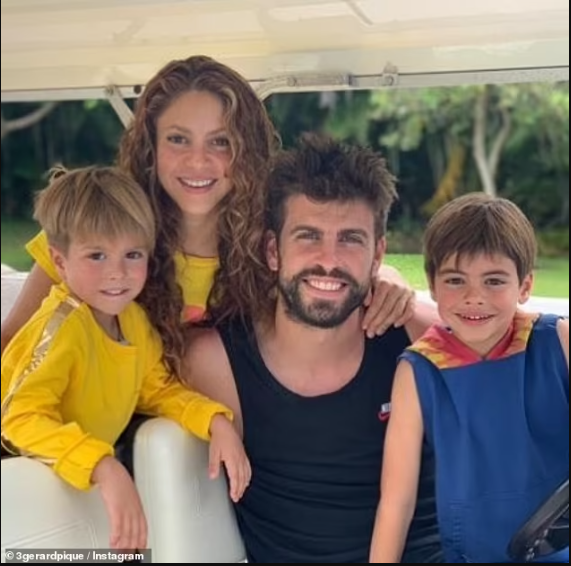 Colombian singer, Shakira and her ex-husband, footballer Gerard Pique have confirmed they have signed a child custody agreement that will avoid them warring in court. The couple, who confirmed their split in June, released a statement on Tuesday November 8, following a marathon 12-hour meeting with their lawyers which ended in the early hours. Gerard, who emotionally retired from football over the weekend, is said to have given his blessing to his former partner’s move to Miami in the New Year with their two sons Milan, nine, and Sasha, seven to avoid a lengthy legal battle. Shakira’s wish to move to the city where she used to live and part of her family are based is understood to have been the principal sticking point in the couple’s previous failure to strike an out-of-court settlement. 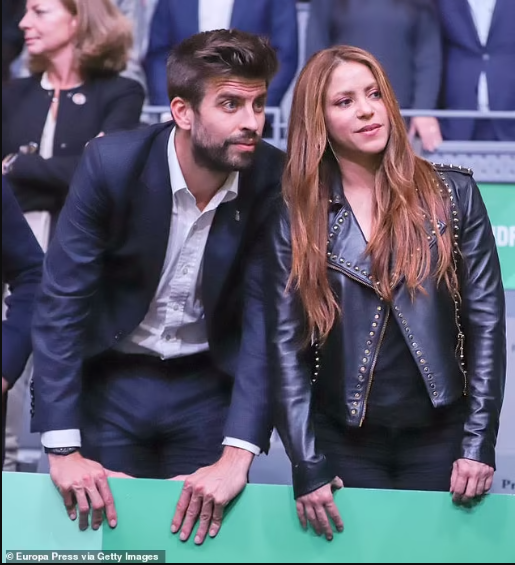 Pique and Shakira said in their joint statement: ‘We wish to communicate that we have signed an agreement that guarantees the wellfare of our children and that will be ratified in court as part of a mere formal procedure. ‘Our sole objective is to provide them with the upmost security and protection, and we trust that their privacy will be respected.’ Their statement continued: ‘We appreciate the interest shown and hope that the children can continue with their lives with the necessary privacy in a safe and calm environment.’ It was signed: ‘Shakira and Gerard.’ Spanish press have also reported that Gerard will be able to spend ten days a month with his children as part of his custody agreement with Shakira as well as holiday time. 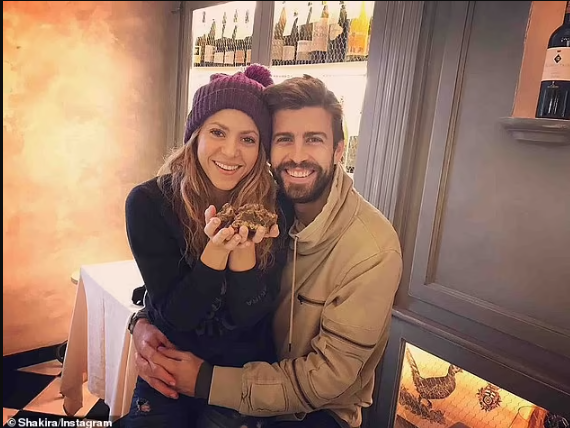 Catalan daily El Periodico, laying bare what it described as the ‘small print’ of the couple’s accord, said: ‘Gerard Piqué will have his children 10 days a month and the entirety of the three holiday periods that govern the United States, apart from Christmas and the summer holidays, starting next year. ‘This Christmas they will alternate custody at 50% following the calendar of the regional Catalonian government and in the coming years they will do it according to the children’s school calendar. ‘This is the pact that the footballer and partner, Shakira, have reached regarding the custody of their children.’ According to Catalan press on Monday, Shakira and Gerard are said to have also reached an agreement meaning the star will relocate to Miami next year, following a marathon 12-hour meeting. The summit meeting ended with the deal lifting the principal stumbling block in the couple’s ongoing attempts to reach an out-of-court settlement. The marathon talks started on Monday afternoon at Shakira and Gerard’s former family home in Esplugues de Llobregat on the outskirts of Barcelona. They didn’t finish until the early hours of Tuesday morning, with the negotiations described as ‘intense’ by respected Catalan daily El Periodico. Rival La Vanguardia, which also reported on the agreement ‘after 12 hours of negotiation’ added: ‘Milan and Sasha will go with Shakira to Miami. ‘The children will spend Christmas in Barcelona but as soon as 2023 begins, the footballer will say goodbye and assume a painful sacrifice so that the youngsters don’t experience an even more traumatic separation between their parents. ‘He will be able to cross the Atlantic Ocean to see them whenever he wants. The costs will be borne by both of them.’ Gerard – who announced his split from Shakira in June amid cheating rumours – has moved on with his new girlfriend Clara Chia, 23. The announcement comes after the former Man United defender shocked the football world on Thursday by announcing on Twitter that Saturday’s game against Almeria would be his last in a Barcelona shirt and his final game as a professional footballer. He made 397 appearances for the Catalan giants, scoring 29 times, and was capped 102 times for Spain at senior level.The post ‘Our sole objective is to provide them with the upmost security and protection’ – Shakira and Gerard Pique confirm they’ve signed a child custody agreement after12-hourmeeting appeared first on Linda Ikeji Blog.
Uncategorized