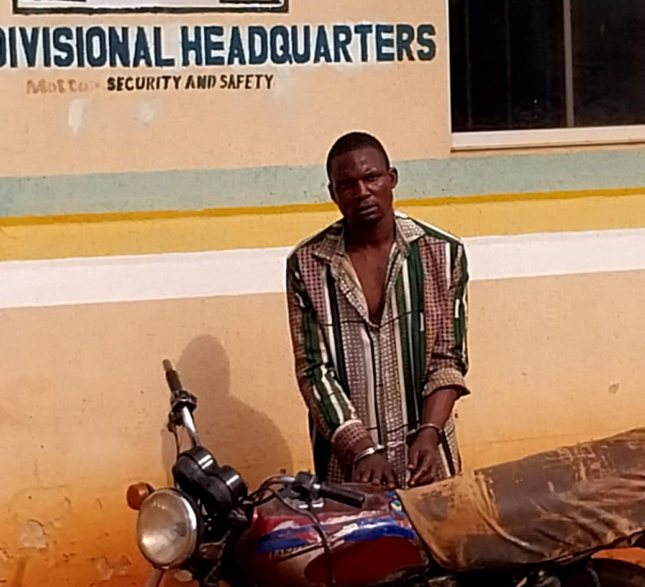 The Ogun State So-Safe Corps, Idiroko division, has arrested a suspect identified as Timileyin Abayomi for allegedly stealing a motorcycle. The suspect was arrested on Monday, Nov. 7, at Ilashe, Ipokia Local Government Area of Ogun State, at about 3pm. The suspect identified himself as a transport union worker, saying he is a resident of Alagbon in Owode, Yewa South Local Government Area of the State. According to the So-Safe spokesperson, Moruf Yusuf, the suspect had broken into one Mr Taiwo Joseph’s compound in ldaba, llashe, and went straight to the kitchen to take his motorcycle. 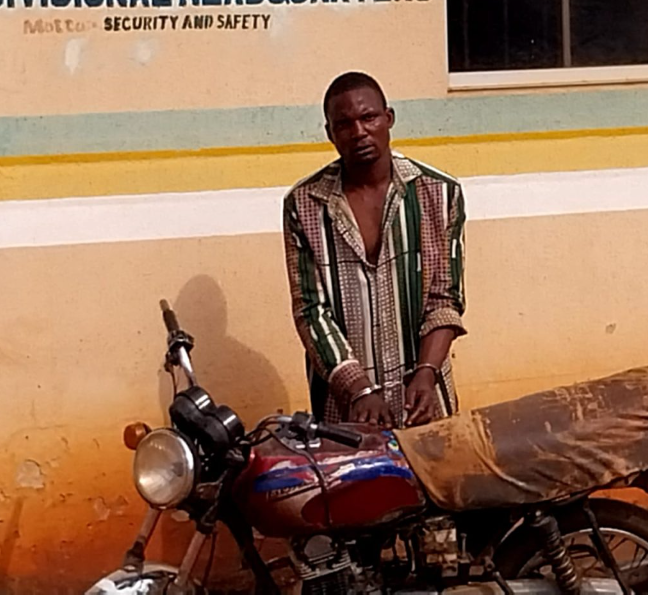 The case was reported to the So-Safe Corps patrol team. Yusuf said: “The suspect was chased and apprehended when he tried to escape by running into a neighbour’s compound, broke the ceiling, entered through it, then jumped into a room where he was eventually arrested.” The suspect has been handed over to the police at Idiroko divisional headquarters for further investigations. The post Man arrested with stolen motorcycle in Ogun appeared first on Linda Ikeji Blog.
Uncategorized