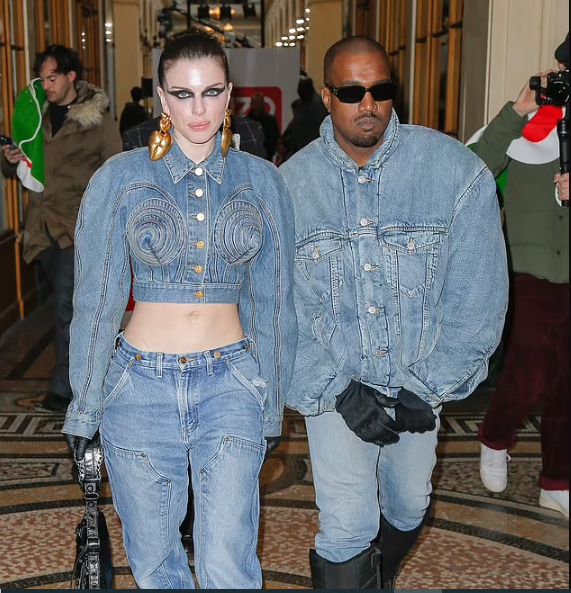 Italian-American actress and model, Julia Fox has revealed that her brief romance with Kanye West impacted her acting career for the worse. Speaking on the High Low with EmRata podcast with Emily Ratajkowski on Monday, the 32-year-old actress said that she realized things had changed in the wake of the high-profile romance with West, 45, earlier this year. ‘After the big relationship, I definitely noticed a shift in the acting way, not in a good way,’ said Fox, who attended the CFDA Fashion Awards Monday. ‘I’m not getting as many offers as I was before, weirdly. There’s been a lot of weird drawbacks with reaching that level of notoriety.’ Julia said she felt that a portion of people in the entertainment business think she might be a ‘liability’ and ‘tabloid type of person.’ Fox, who appeared with Adam Sandler in 2019’s Uncut Gems, said that she was undeterred by temporary setbacks and just had ‘to trust the process.’ She added: ‘It’s fine, I’m so busy. I think things come to you at the right time, so that’s why I’m really not stressing. I really don’t care.’ Fox and West were romantically-linked earlier this year. She confirmed their revealed in an Interview magazine piece in which she said they had an ‘instant connection.’ A West insider told E! News in January about the relationship between West and Fox: ‘He truly loved her energy and passionate personality and knew she would be a perfect person to bounce creative ideas off of. ‘He thinks she has refreshing energy and they are having a lot of fun. Kanye is always working on something creative and Julia is definitely his latest muse.’ The couple dated until mid-February, with Fox telling The Cut on February 14 that things were ‘much more amplified’ for her during her time dating the rapper. ‘I’ve never been operating at the level that Ye is,’ she said. ‘I never wanted to be super-megafamous. It’s a life-ender for some celebrities. They become reclusive and paranoid and hide. I refuse to not live authentically.’The post Actress Julia Fox says her short-lived romance with Kanye West impacted her acting career ‘notinagoodway’ appeared first on Linda Ikeji Blog.
Uncategorized