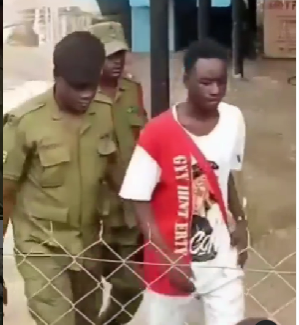 A Tanzanian fisherman who broke open a crashed plane in Lake Victoria to save 20 people has been appointed by President Samia Suluhu into the country’s Firefighting and Rescue brigade. Jackson Majaliwa was one of the first responders at the site of the plane crash on the morning of Sunday, November 6. He was also awarded 1 million Tanzanian Shilling ($430) for his efforts that led to the saving of lives. 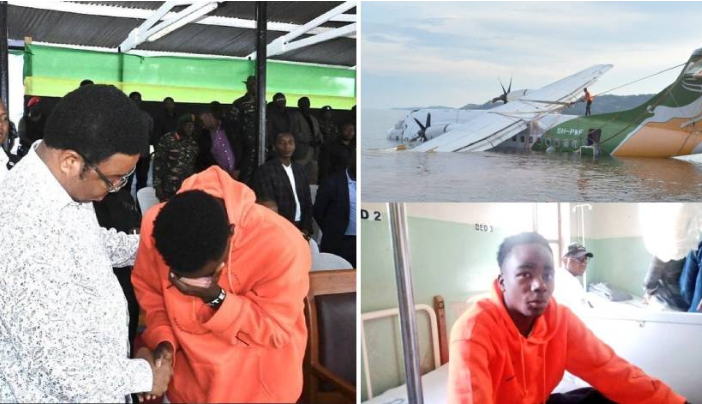 A small passenger plane crashed Sunday morning into Lake Victoria on approach to an airport in Tanzania.  Photos showed the plane, which was headed to Bukoba Airport, mostly submerged in the lake.  Of the 43 people on board the Precision Air flight, 19 people died and 24 survived. Most of those who survived owe it to Majaliwa’s heroic act. From his hospital bed on Monday, Nov. 7, the fisherman told the BBC that he had panicked as he saw the plane approach from the wrong direction before plunging into the lake. He rushed to the scene with three fellow fishermen and helped open the rear door by smashing it with a rowing bar which helped passengers seated towards the rear of the plane to be rescued.  Mr Jackson said he then moved to the front and dived into the water. He and one of the pilots then communicated with each other by making signs through the cockpit window. He told BBC: “He directed me to break the window screen. I emerged from the water and asked airport security, who had arrived, if they have any tools that we can use to smash the screen. “They gave me an axe, but I was stopped by a man with a public announcement speaker from going down and smashing the screen. He said they were already in communication with the pilots and there was no water leakage in the cockpit,” Mr Jackson said. He added that after being stopped he “dived back and waved goodbye to the pilot”. But the pilot then indicated that he still wanted to be rescued. “He pointed out the cockpit emergency door to me. I swam back up and took a rope and tied it to the door and we tried to pull it with other boats, but the rope broke and hit me in the face and knocked me unconscious. The next thing I know I was here at the hospital,” Mr Jackson said. Both pilots are among the 19 confirmed fatalities. Watch a video below.      View this post on Instagram           A post shared by Lindaikejiblog (@lindaikejiblogofficial)  The post Tanzanian fisherman who broke a crashed plane to save 20 passengers is appointed by the President into the firefighting and rescue brigade (video) appeared first on Linda Ikeji Blog.
Uncategorized