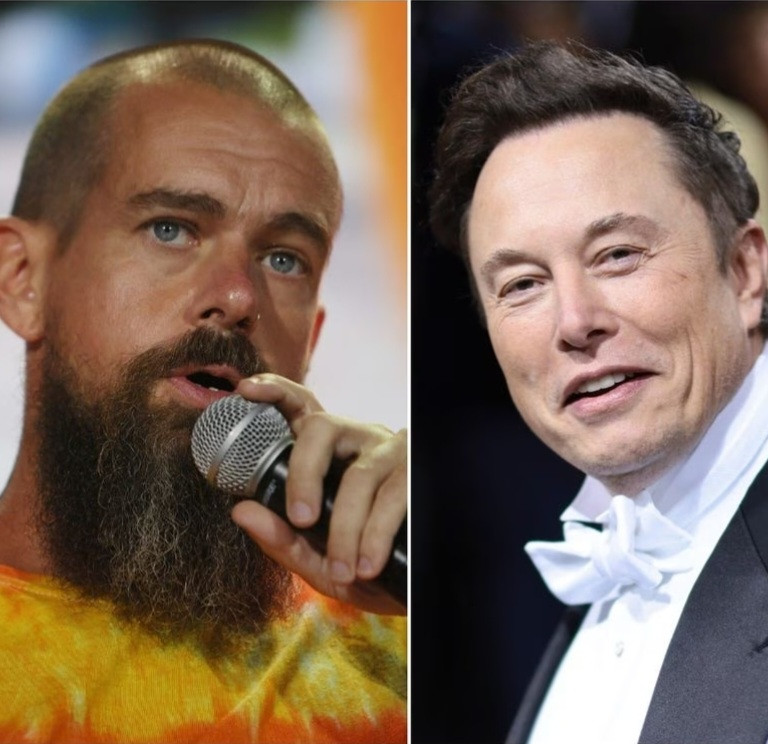 Former Twitter CEO Jack Dorsey has made no secret the fact that he doesn’t agree with some of Elon Musk’s policies after taking over leadership of Twitter. After Musk fired thousands of Twitter employees, Dorsey publicly apologised to those affected, making it clear he is not in support of the mass layoffs. Now, Dorsey is questioning Musk on Twitter. It began with Musk tweeting that his mission is for Twitter to become “the most accurate source of information about the world”. Dorsey responded to Musk, writing: “Accurate to who?” Musk replied: “As judged by the people of Twitter via Community Notes (formerly Birdwatch).” Dorsey then questioned Musk’s decision to rebrand the Birdwatch feature to Community Notes. 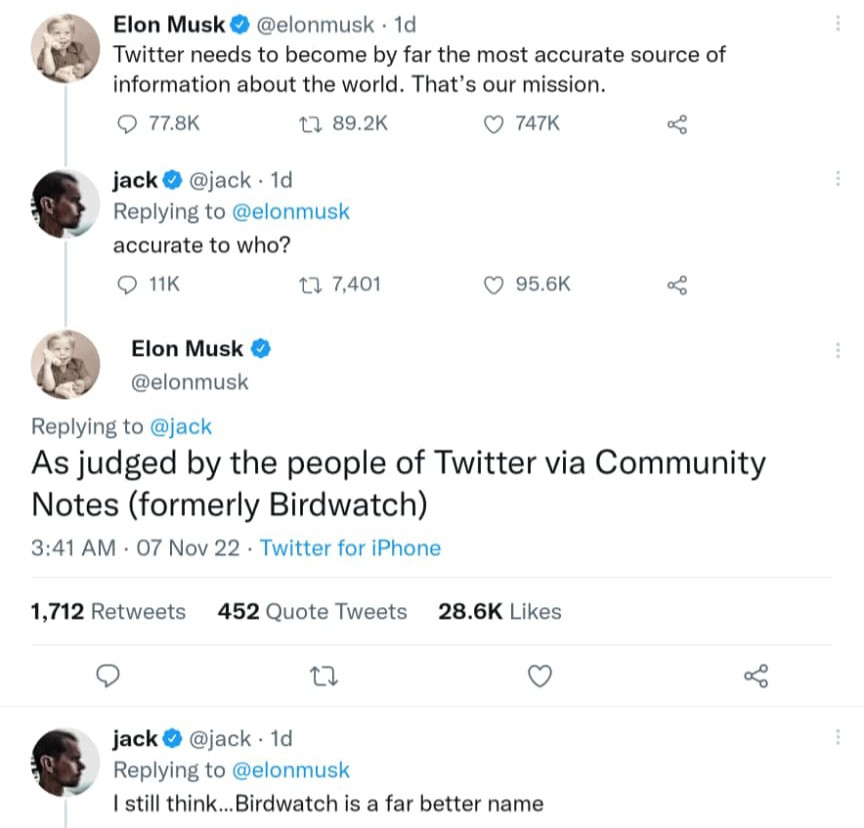 Dorsey told Musk that Birdwatch was “a far better name” and being more informative was a better goal for Twitter to aim for. “Birdwatch gives me the creeps,” Musk told Dorsey. 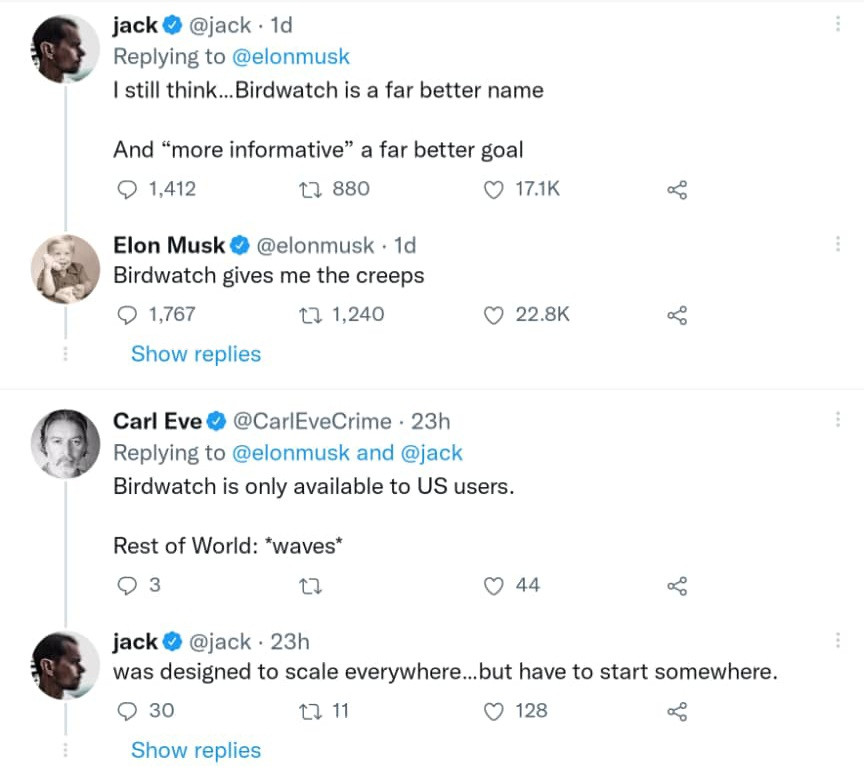 “Community notes is the most boring Facebook name ever,” Dorsey said in response to Musk. The Tesla and SpaceX CEO wrote in a tweet to Dorsey that “not everything needs to have ‘bird’ in the name” and there were “too many bird groups fighting each internally other at Twitter,” adding “Angry Birds.” 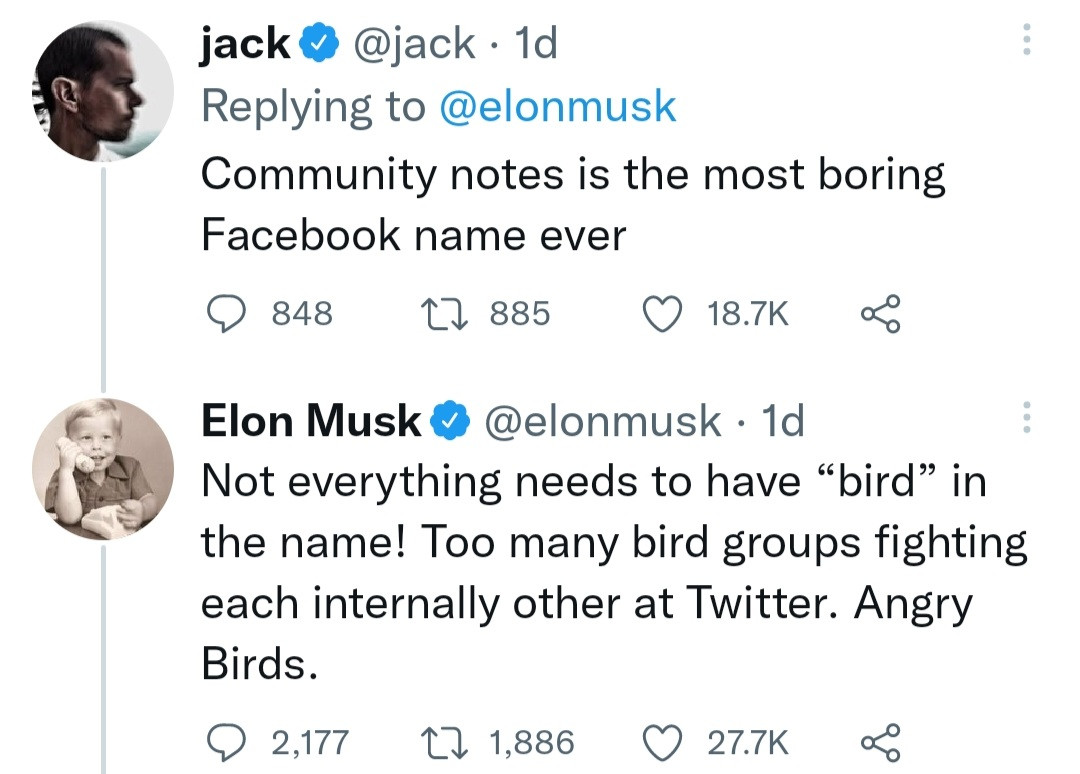