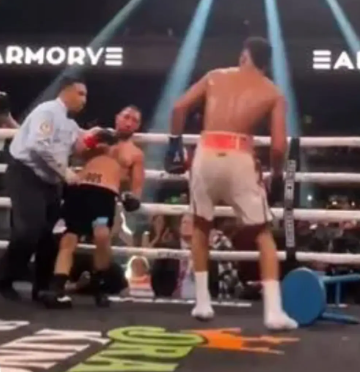 A boxer was placed in a medically induced coma after a vicious knockouut loss on Saturday night, Nov. 5, one of his trainers told ESPN. Aidos Yerbossynuly was knocked out in the 12th round by David Morrell in the main event of a Premier Boxing Champions card from The Armory in Minneapolis. The Showtime broadcast reported that Yerbossynuly was escorted to a local hospital for further examination after the loss. Yerbossynuly’s assistant trainer, Emanuel Savoy, said the fighter was placed into a coma following surgery on Sunday. 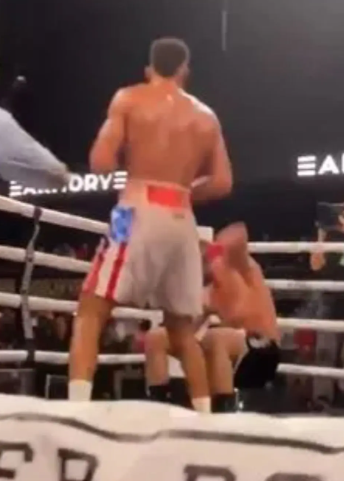 “Representatives of TGB Promotions and PBC are on the ground in Minneapolis with Aidos’ team and we are monitoring the situation closely,” a PBC spokesperson said in a statement. “Out of respect for he and his family’s privacy, we can’t share any details but we ask the boxing community to keep him in your thoughts and prayers.” Prior to Saturday, Yerbossynuly had won all 16 of his professional bouts and was ranked as the number one contender in the WBA’s super middleweight rankings. “He’s a great guy,” Savoy said. “I don’t even want to talk about it no more because I’m sick to my stomach at this point. I just hope for a speedy recovery for Aidos.”The post Boxer Aidos Yerbossynuly in medically induced coma after vicious knockout appeared first on Linda Ikeji Blog.
Uncategorized