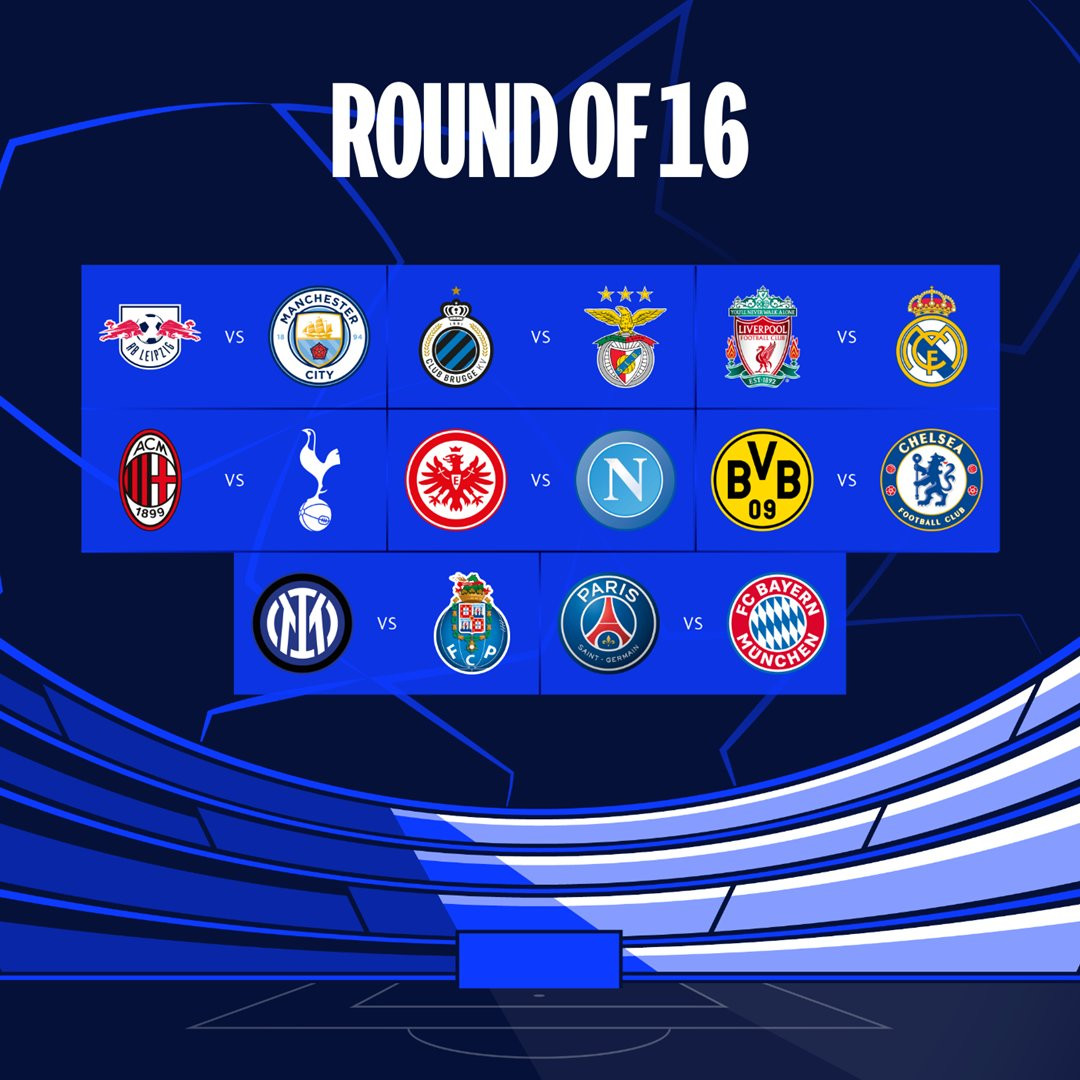 The organizers of the UEFA Champions League, one of the most prestigious football competitions in the World, have released the last-16 draw for the tournament.  Superstar footballer, Lionel Messi will be hoping to help his side Paris Saint-Germain defeat Bayern Munich in the knockout stage to advance to the next stage.  Current champions, Real Madrid will take on Liverpool. It will be a rematch of last season’s final where the Spanish club won 1-0 in Paris. The first leg will be played on Feb. 15,, 2023 with return legs to be played on March 7, 2023. See the full draw below.  RB Leipzig vs Manchester City Club Brugge vs Benfica Liverpool vs Real Madrid AC Milan vs Tottenham Hotspur Eintracht Frankfurt vs Napoli Borussia Dortmund vs Chelsea Inter Milan vs Porto Paris Saint-Germain vs Bayern MunichThe post UEFA Champions League last-16 draw revealed: Lionel Messi’s PSG to face Bayern Munich, Liverpool to face Real Madrid appeared first on Linda Ikeji Blog.
Uncategorized