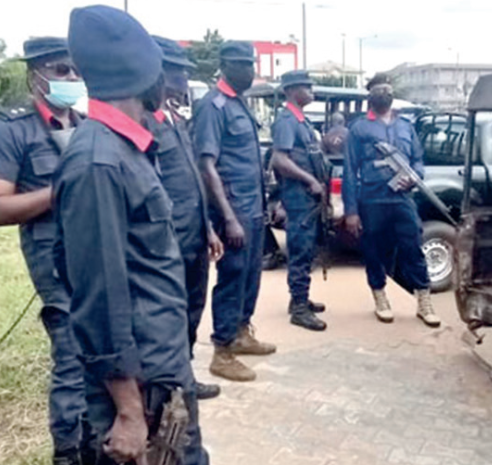 Gunmen attacked and disarmed two personnel of the Nigeria Security and Civil Defence Corps  (NSCDC) in Enugu. The attack occurred on Sunday night, November 6, as the officials were providing security to the WTC Housing Estate in the Ogui New layout area of the Coal City. The hoodlums injured the NSCDC officials and made away with their guns. The injured Civil Defence personnel were taken to a nearby hospital where they are currently receiving treatment.The post Gunmen attack and disarm NSCDC personnel in Enugu appeared first on Linda Ikeji Blog.
Uncategorized