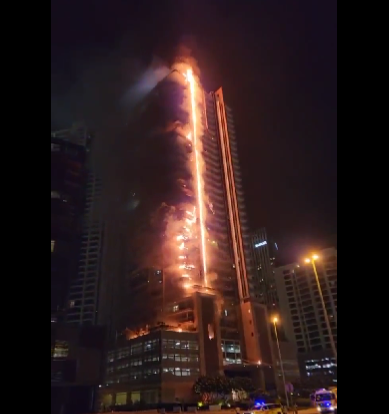 A fire ripped through every floor of a 35-storey Dubai apartment building close to the Burj Khalifa early this morning, Nov. 7. The fire started around 2.20am and quickly spread through the building.  Fire trucks quickly raced to the venue and the fire was extinguished by 3.45am. 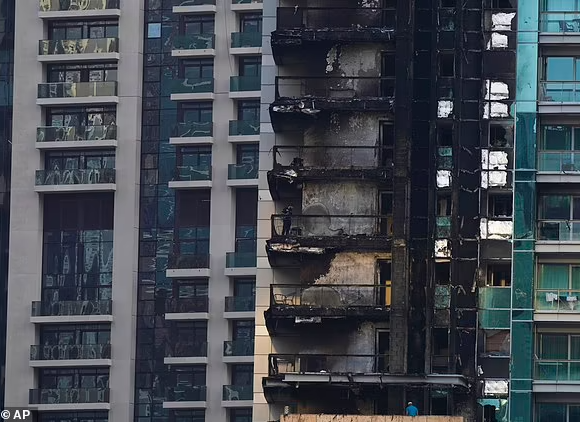 Authorities have yet to confirm any injuries.  The building is part of a series of towers called 8 Boulevard Walk by Emaar, the state-backed developer in the emirate. Speaking to the National World, Bindu Rai, who lives opposite the building, said: “My mother woke up when the fire started as her entire room was lit up. “My building faces Boulevard 8 and from what appeared to us, the cladding on the left side of the building was on fire from top to bottom. “Fire had spread inside two apartments that were somewhere mid-way. For the rest of the building, it was limited to the exterior.” Bindu told the publication that she could see debris tumbling to the ground at one point. She saw firefighters and emergency crews at the scene. Her friend who lives close to the building told her that people have been evacuated, with some being taken to Rove hotel. Watch the video below.       View this post on Instagram           A post shared by Lindaikejiblog (@lindaikejiblogofficial)The post Fire guts every floor of 35-storey Dubai apartment building close to Burj Khalifa (vieo) appeared first on Linda Ikeji Blog.
Uncategorized