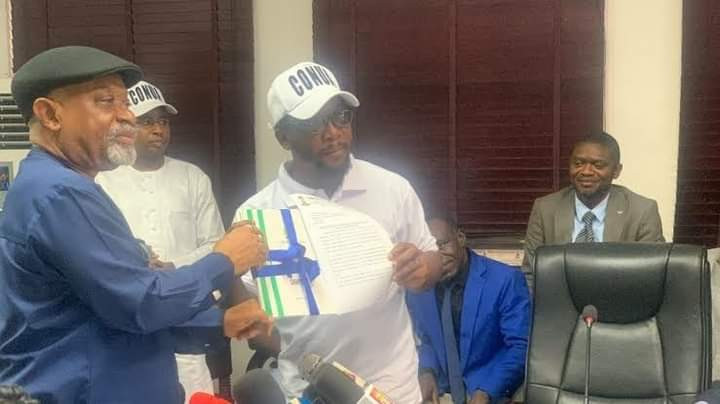 Members of Congress of University Academics (CONUA), the breakaway faction of the Academic Staff Union of Universities (ASUU), are reportedly set to receive their 8-month salary which was earned while lecturers were on strike.  A member of CONUA and lecturer at the Obafemi Awolowo University, Ile Ife, who spoke to Daily Trust, said the leadership of the union has already got a hint about payment of their 8-months salary from the Minister of Labour and Employment, Chris Ngige. Asides promising that they would start receiving alerts as from Monday November 7, it was also alleged that the Minister pledged that the issue of “half salaries” paid to them would be resolved. The official said;  “We were not part of the last strike. We had earlier written to the Federal Ministry of Labour and Employment. So, the minister has looked into our letter, and he has directed accordingly.”  Spokesman of the Minister, Olajide Oshundun, also confirmed that CONUA members would be paid provided they were not part of the strike that lasted eight months. Oshundun insisted that those who participated in the strike would not be paid since the policy of No-work-no-pay’ still remains. He said;  “What I can tell you authoritatively as a spokesperson is that, the policy of ‘No-work-no-pay’ remains. It has not changed because it is a constitutional matter. It is equally recognised by the Charter of ILO, that when people go on strike, they cannot be paid.“So, if CONUA did not go on strike, they’re entitled to their money. But if they participated in the strike, they too will not be paid. If they were not on strike, legally and conditionally, they are entitled to their pay. I’m looking at it from the point of law.”The post FG to reportedly pay 8-month salary backlog to breakaway ASUU faction appeared first on Linda Ikeji Blog.
Uncategorized