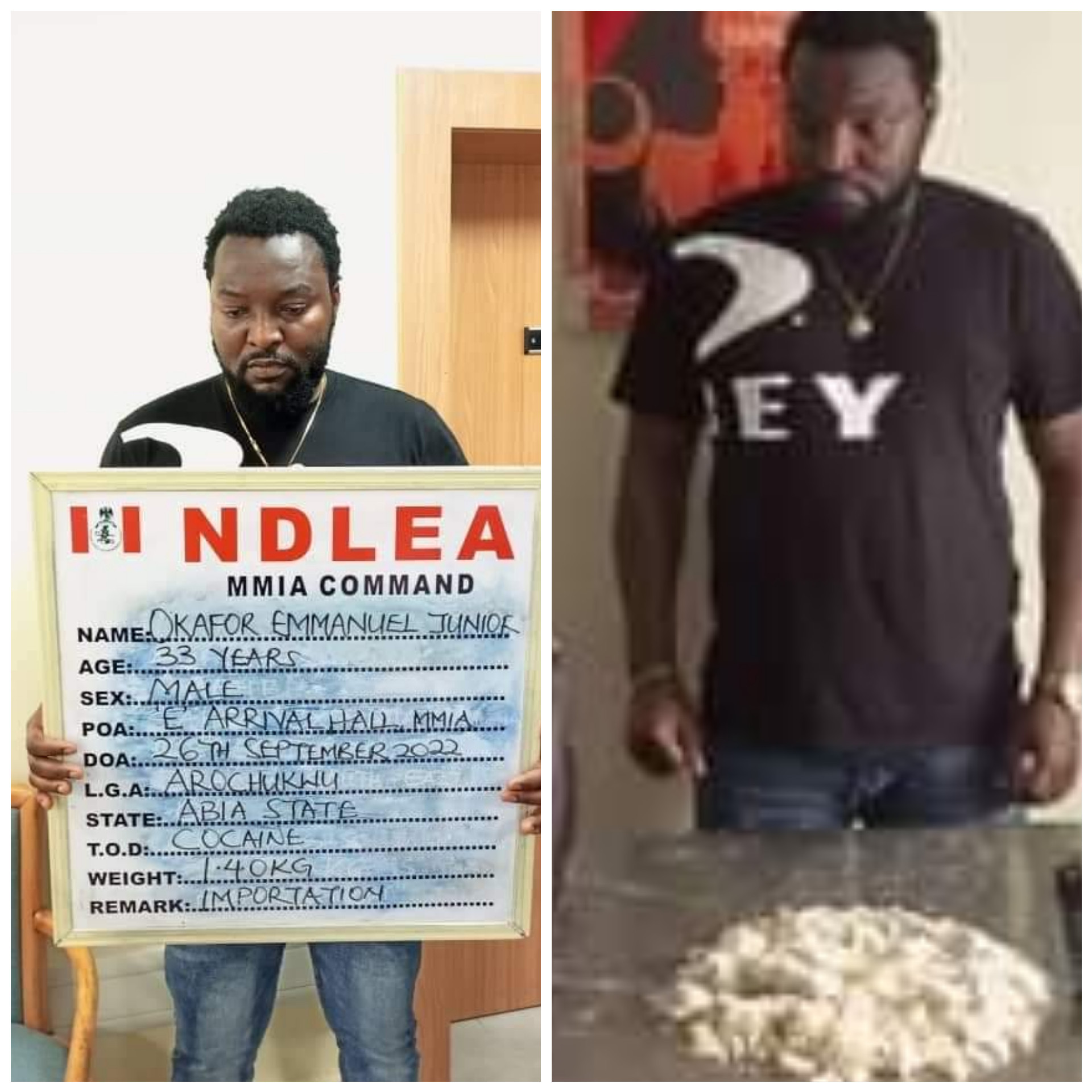 Justice Nicholas Oweibo of the Federal High Court in Lagos has convicted and sentenced a former professional footballer, Okafor Emmanuel Junior to five years’ imprisonment for cocaine trafficking.  The judgement was handed down after Emmanuel pleaded guilty to the charge of trafficking in the banned substance made against him by the National Drug Law Enforcement Agency (NDLEA).  The former footballer, according to the prosecutor, Augustine Nwagu, was arrested with 1.4 kilograms of cocaine on his arrival from Brazil on September 26,2022, at the arrival hall of the Murtala Muhammed International Airport, Ikeja, Lagos.  Nwagu told the court that the offence committed by the convict, contravened section 11(a) of the National Drug Law Enforcement Agency Act Cap N30 Laws of the Federation of Nigeria, 2004 and punishable under the same Act.  Following his plea of guilty, the prosecutor asked the court to sentence him in accordance with the section of the law he was charged with.  But his lawyer, Dennis Warri, in his allucutor, pleaded with the court to tamper justice with mercy in sentencing the convict.  Warri urged the court to consider the timely plea of guilty of the convict, adding that he has become remorseful since he was arrested and vowed not to get involved in crime.  He particularly urged the court to consider the option of fine in lieu of custodian sentence.  Justice Oweibo, in his judgement, sentenced the convict to five years imprisonment, starting from the date of his arrest.  The judge, however, gave the convict option of N1million fine in lieu of the jail terms. The post Ex-footballer, Okafor Emmanuel sentenced to 5 years imprisonment for drug trafficking appeared first on Linda Ikeji Blog.
Uncategorized