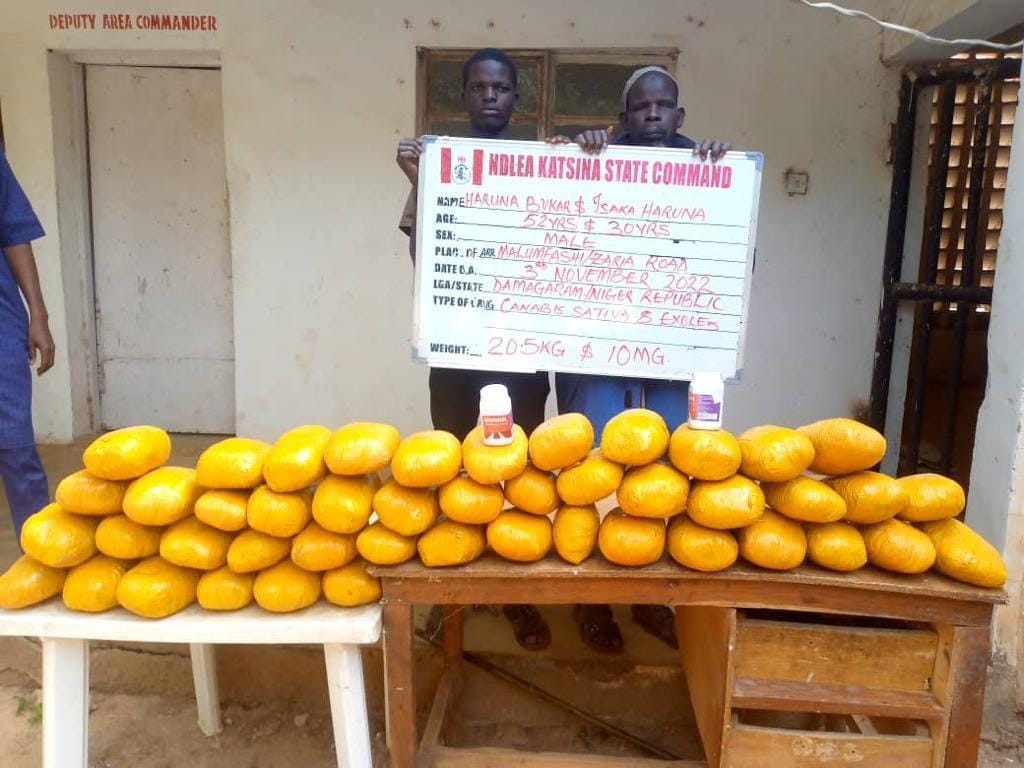 Operatives of the National Drug Law Enforcement Agency, NDLEA, have arrested a blind Nigerien and his son for drug trafficking in Katsina State. Spokesperson of the agency, Femi Babafemi, in a statement on Sunday, November 6, 2022, said operatives on patrol at Malumfashi-Zaria road, arrested Bukar Haruna, 52, and his son Saka Haruna, 30 while heading to Niger republic with 20.5kg cannabis and 10 grams of exol5. The suspects hail from Damagram area of Niger Republic, Mr Babafemi added.  Meanwhile, no less than 2, 685.5kgs of cannabis were recovered in four different operations conducted in parts of Edo state in the last week. While 53 bags of C/S weighing 742.5kgs were seized on Wednesday 2nd Nov at a camp in Esioriri, Owan East LGA with four suspects: Chukueke Igba, 32; Solomon Peter, 34; Emmanuel Jeremiah, 36 and Happiness Chidi, 37 arrested, another raid in the house of Joy Zubaru, 45, led to her arrest with 30.5kgs of cannabis recovered. In Mubi area of Adamawa, operatives on Tuesday 1st Nov. intercepted a Toyota Corolla car transporting 9,600 pills of tramadol. A follow-up operation later led to the arrest of the owner of the consignment, Mamuda Ramadan, (a.k.a Muller), while another suspect, Alhassan Muhammed, was arrested on Sunday 30th Oct. along Abuja-Kaduna express road, with 136,000 pills of tramadol concealed inside his cars spare tyre. While commending the officers and men of the Edo, Katsina, Adamawa, and Kaduna Commands of the Agency for the successful operations in the past week, Chairman of NDLEA, Brig. Gen. Mohamed Buba Marwa (Retd), CON, OFR urged them and their counterparts across the country not to rest on their oars until all drug syndicates operating in Nigeria are completely dismantled and the last gram of illicit substance taken out of the streets. 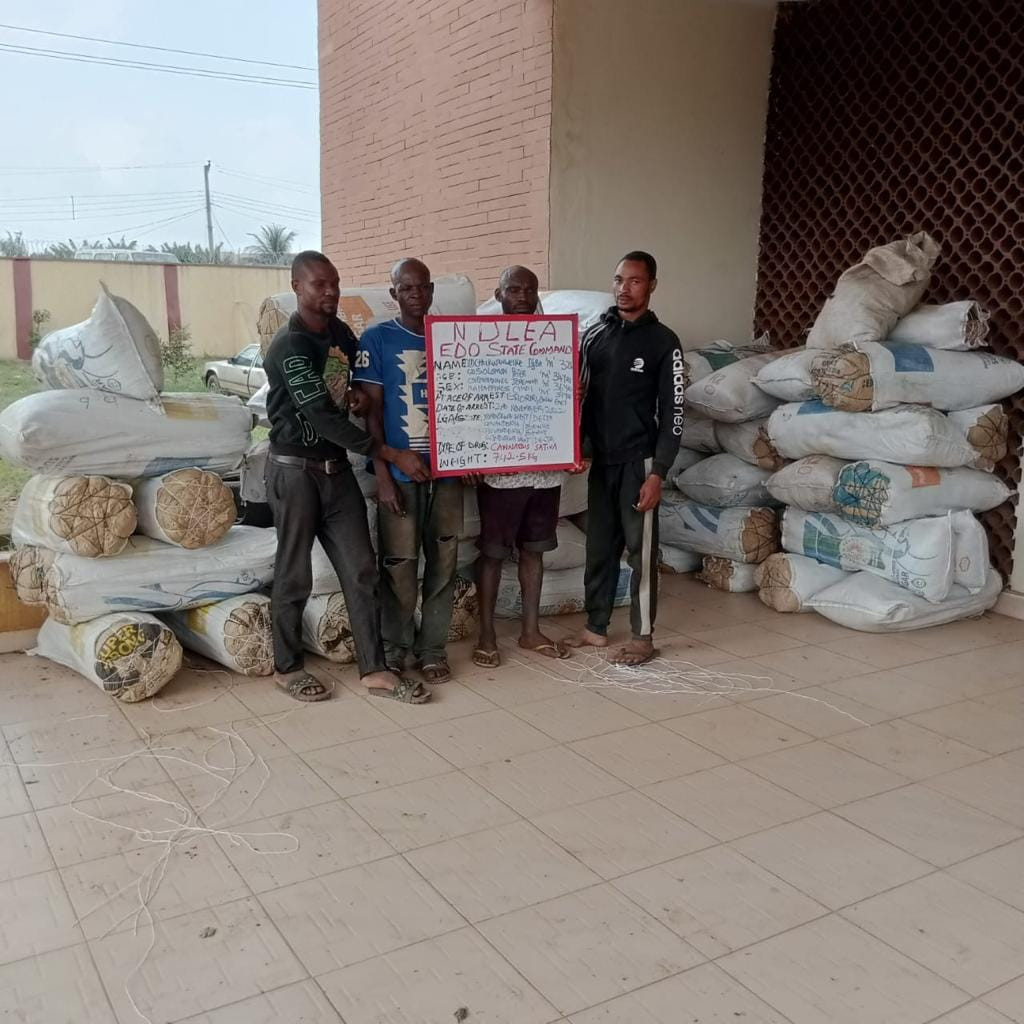 The post Blind Nigerien and his son arrested for drug trafficking in Katsina appeared first on Linda Ikeji Blog.
Uncategorized