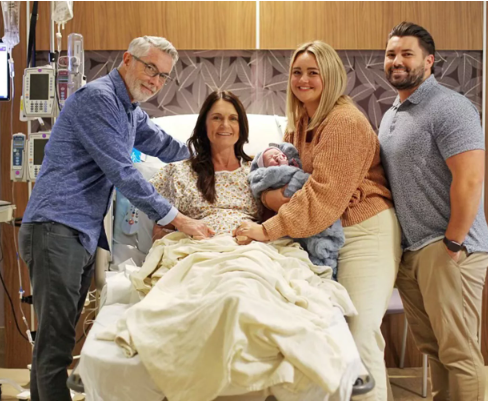 A grandmother from Utah was a gestational carrier for her son and daughter-in-law and she gave birth to her granddaughter named Hannah. Hannah’s mom, Cambria Hauck, told TODAY Parents back in September that she could not carry another pregnancy after previously delivering two sets of twins. After Cambria’s last delivery, she developed placenta increta (when the placenta remains in the uterus) and had an emergency hysterectomy. Cambria and Jeff had planned to use their stored embryos from past fertility treatments for another baby, but as Cambria didn’t want to risk her life. That’s when her husband, Jeff’s 56-year-old mother Nancy Hauck stepped in. Nancy, a mother-of-five, told TODAY Parents: “I could just feel this calling to offer to carry for them. 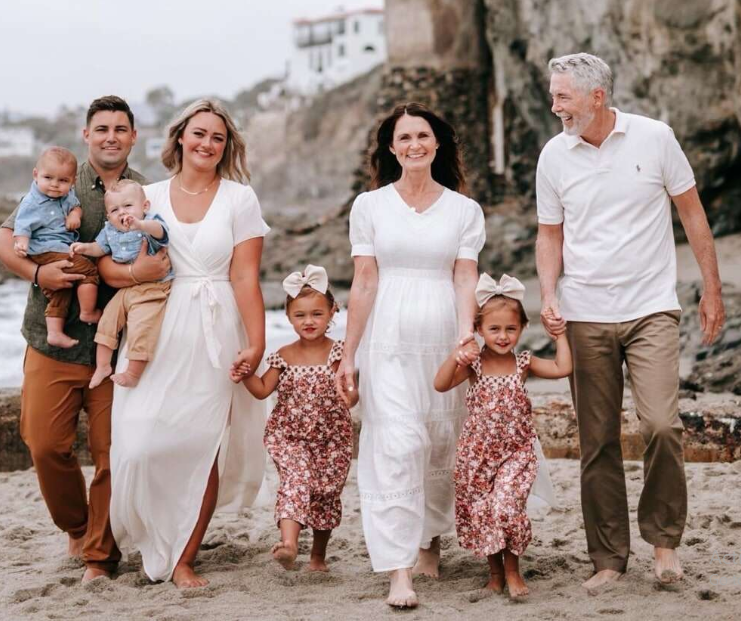 “I knew I was too old. I knew it wasn’t going to be possible, even though that’s exactly what’s happened. I just felt I needed to tell them I would be willing to do it.” In October 2021, Nancy made a generous proposal to her son and daughter-in-law. “When Nancy came to us, I know most people would probably be like, ‘Oh my gosh, that’s crazy,’ but it didn’t feel like that,” Cambria told TODAY Parents. “There was just so much peace around the whole conversation and around the whole experience.” After medical evaluations, doctors determined Nancy was a “good candidate” despite her age. She became pregnant after an embryo transfer and delivered Hannah on Nov. 2, 2022. “She is here and my heart could explode,” Hannah’s mom, Cambria Hauck, wrote on Instagram Friday, Nov. 4, sharing a video of her mother-in-law Nancy Hauck giving birth while surrounded by family. “She is perfect in every way.”

Nancy told People that she was in labor for nine hours. When Hannah arrived, she weighed 7 pounds, 12 ounces and was 19 1/2 inches long. “Everything went perfectly and we are feeling so blessed to have her in our family,” she said, adding that she is “facing new emotions of having a baby, but not bringing the baby home with me afterwards.” Cambria called Hannah’s birthday “sacred” because she arrived during Día de los Muertos (aka, Day of the Dead), a holiday widely celebrated in Mexico by people as a way to celebrate their deceased family members. 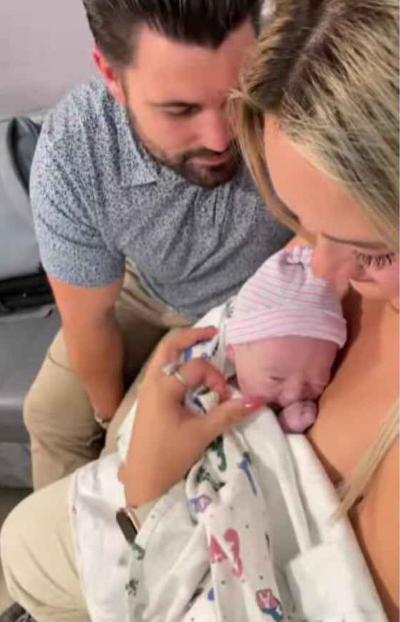 “And her ancestors on both sides had a HUGE part in getting her here,” Cambria wrote on Instagram. “Not only that, but she was carried and brought into the world by her sweet nana, her ancestor. Nothing is a coincidence, and her birth date is not a coincidence either.” Cambria added that Nancy is “amazing in every way.”The post Grandmother, 56, gives birth to her son and daughter-in-law’s baby appeared first on Linda Ikeji Blog.
Uncategorized