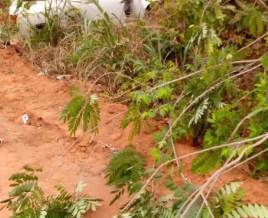 Tragedy struck along the Ota-Idiroko road in Ogun state on Friday, November 4, when a toddler and his mother who were on a motorcycle were crushed to death by a Mazda car. Confirming the incident to newsmen, the public relations officer of the Ogun State Traffic Compliance and Enforcement Corps, Babatunde Akinbiyi, said the accident involved two motorcycles, marked, MEK 341 VN and TTD 479 VD and the Mazda car with registration number, TG 557 AAA in front of Muslim Progressive High School, Oke Odan along the road. Akinbiyi disclosed that three other persons sustained varying degrees of injury. He explained that the Mazda car suffered a brake failure which caused the driver to lose control of the wheels and ram into the motorcycles. The TRACE spokesperson said both the Mazda car and the motorcycles were heading towards Idiroko, with the motorcycles in front while the car was behind them. “It was learnt that the vehicle suddenly developed brake failure and rammed into the motorcycles in its front, killing the female passenger and her male toddler, who is between three and four years old. The rider was also injured.Corpses of the victims; the woman and her toddler boy have been claimed by their relatives for burial, with the permission of the police, while the three male injured victims have been rescued by the FRSC to the general hospital, Idiroko. The driver of the Mazda has reported himself to the Oke-Odan Divisional Police Station for further investigation with the motorcycles and the car also deposited there.”AKinbiyi saidThe post Driver loses control, crushes toddler and mother to death in Ogun appeared first on Linda Ikeji Blog.
Uncategorized