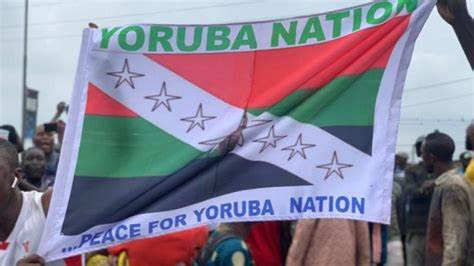 A team of soldiers were on Friday, November 4, attacked by some Yoruba Nation agitators around Oju-Ore axis of Ado-Odo/Ota Local Government, Ogun State. Premium Times reported that the agitators who were holding a rally, descended on a vehicle conveying some personnel of the Nigerian Army. A resident in the area, Mayowa Aina, told the publication that the army had mobilised to arrest the situation. Aina said;  “Some Yoruba nation agitators holding a rally around Oju Ore attacked some military men in their vehicle. In the process, they disarmed a soldier and carted away his rifle.” The heavy presence of military men later caused panic among the people, with many abandoning their houses. Police Public Relations Officer in the state, Abimbola Oyeyemi who confirmed the incident, said the command is currently investigating the matter. Oyeyemi noted that no casualty was recorded in the attack. He said; “We are on the matter. We heard it that they (Yoruba Nation agitators) attacked some soldiers at Ota area.“So we are working in collaboration with the Nigerian Army to get to the root of that matter. We have not made any arrest, but we are on it. There is no casualty.”The post Yoruba Nation agitators attack soldiers, allegedly seize rifle appeared first on Linda Ikeji Blog.
Uncategorized