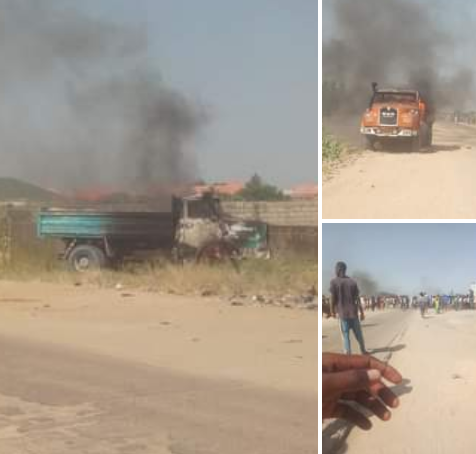 Angry youths went on a rampage after six women were crushed to death by a tipper truck along the Gubio road, the outskirt of Maiduguri, Borno State.  The incident occurred around 10:05 am on Friday, November 4, 2022, at Kaswan Fara, Shagari Lowcost Estate area when the tipper truck conveying sharp sand suffered brake failure. An eyewitness, Kola Fatai, told Daily Trust that the truck rammed into a pickup conveying the women to the farm, killing at least 6 of them. A resident, Iman Buba, said that two tippers (trucks) have been set ablaze by irritated youths, as police tried to calm the situation. The road leading to Gubio from Maiduguri has been barricaded by protesters. Another eyewitness said the truck which caused the road mishap was attempting to overtake another tipper, but lost control and crashed into the pickup carrying the women. Security agencies were deployed to the scene to bring the situation under control. 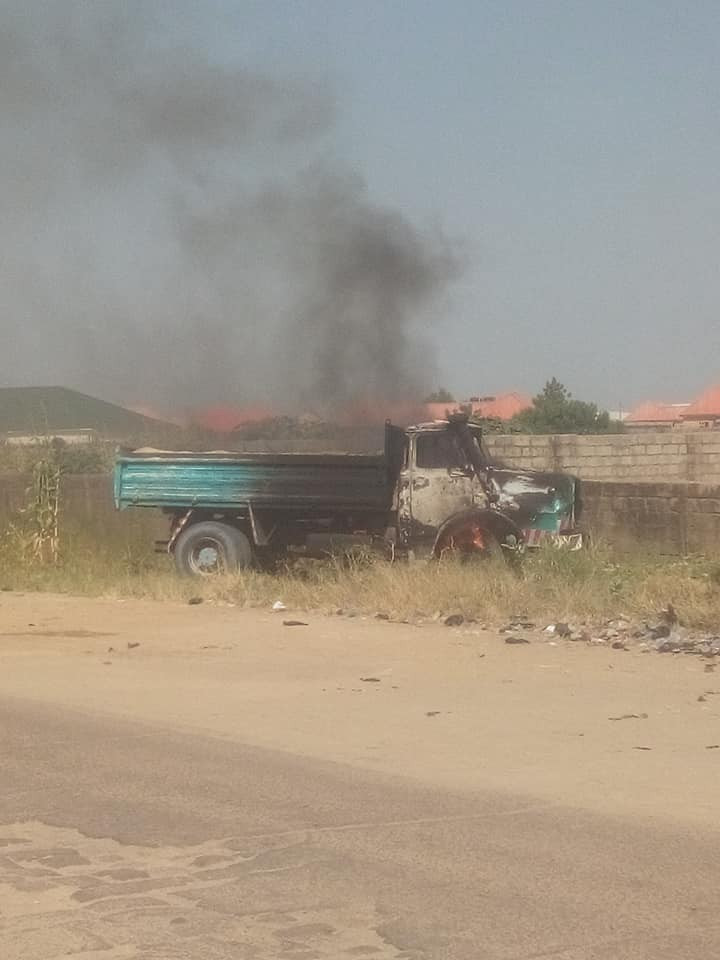 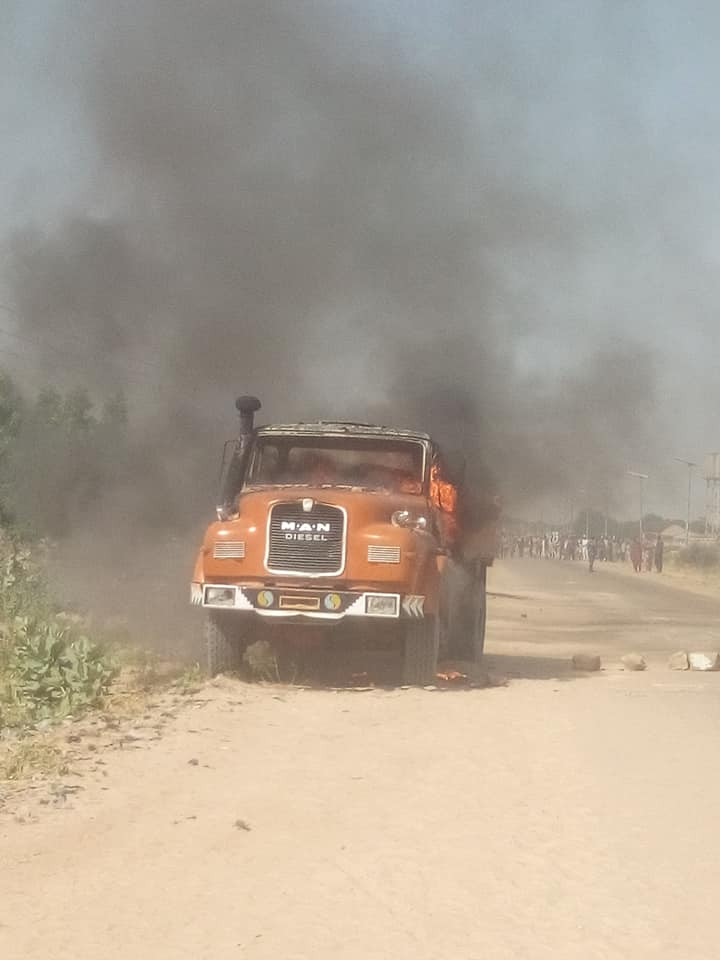 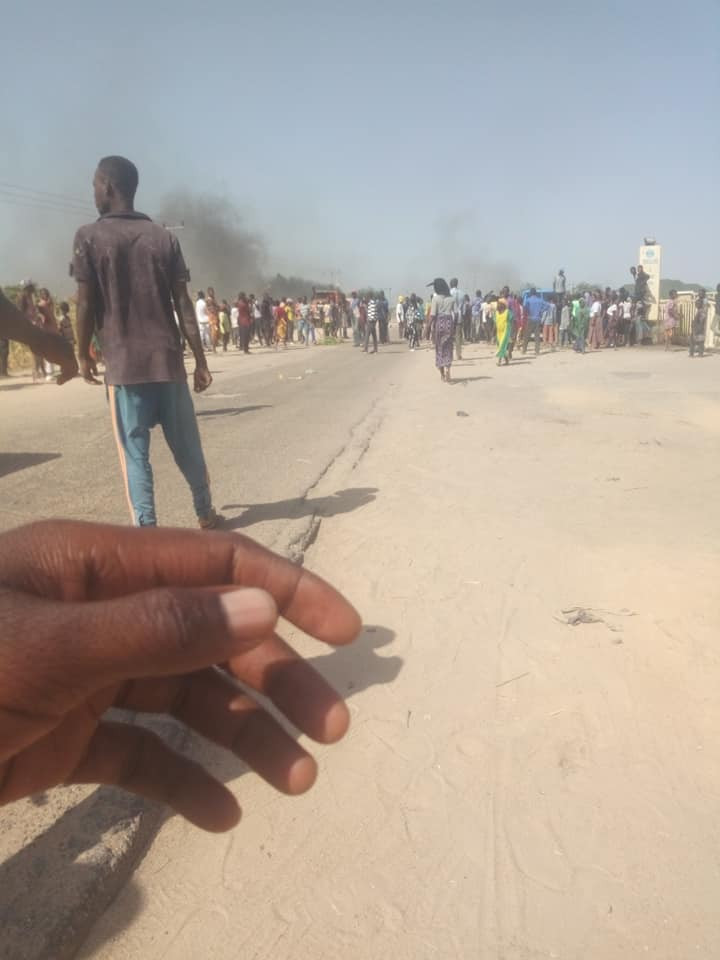