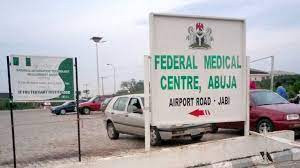 The Federal Medical Centre, Abuja says it is planning to conduct a mass burial for all the unclaimed corpses in its morgue. According to the hospital authorities, this move is needed to help decongest the morgue that is currently piled with unclaimed bodies. Speaking to Punch, the Head of Clinical Services, Dr. Joseph Eziechila said the management of the hospital has gotten a court order, police extract and cemetery permission to bury the corpses. “In every institution, there are policies. Once a corpse stays in a morgue for more than eighteen months and no person has come to claim the body, you tag them as unclaimed bodies. In the process of trying to dispose of the corpses, you get a court order and we did that, we got the court authorisation, police extract, you even go to the cemetery to get clearance so that you can dispose the bodies. We did newspaper publications as well. We’ve done all the processes, you don’t have to bridge the process.We have eight corpses, they are all adults. They’re blocking the space, they’re in the morgue for two years and nobody to come and claim the bodies. We have made adverts, radio announcements and nobody is coming to claim them, we can’t leave it like that.There is no space unless you pile them like sardines. Every hospital has different sizes of their morgue.We plan mass burial for them though we have not fixed the time for that yet. We may not have medical students demanding it.It costs a lot to maintain and power the morgue. If some universities apply, and the bodies are still okay, we will give to them, that is where they get cadavers to learn” Eziechila saidThe post Abuja FMC plans mass burial for unclaimed corpses appeared first on Linda Ikeji Blog.
Uncategorized