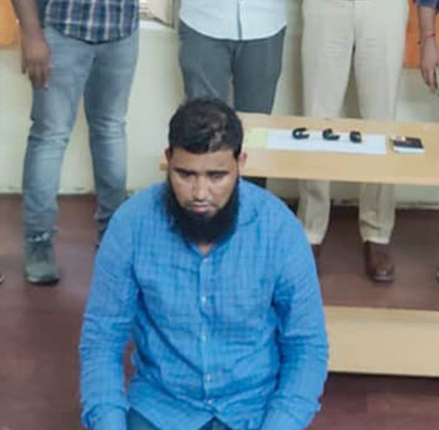 Police officers seized 1kg of gold that was hidden up a man’s bum after he tried to smuggle it onto an airplane as part of an organised gold smuggling mafia plot. Mohammed Khaja Mohiuddin reportedly stuffed the gold bar up his rectum after he agreed to take part in the scheme because he was broke and needed money for flight tickets. The 38-year-old had reportedly hidden the gold capsules up his bottom in the United Arab Emirates and planned to take them out in a bathroom in India later. Police probed deep into the criminal plans with the Commissioner’s Task Force and also arrested Rayees Ahmed Sayeed Hussain, 48, Sarim Hussain, 29 and Fouzan, 38, on suspicion of being involved in the plot to take gold to Mumbai and hand it over to the mafia. Officers posed for a photo with Mohiuddin kneeling on the floor in front of them. 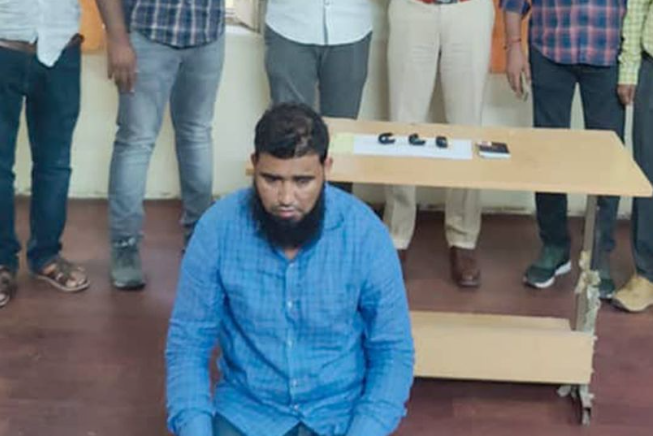 They also released an image of the seized kilogram of gold. 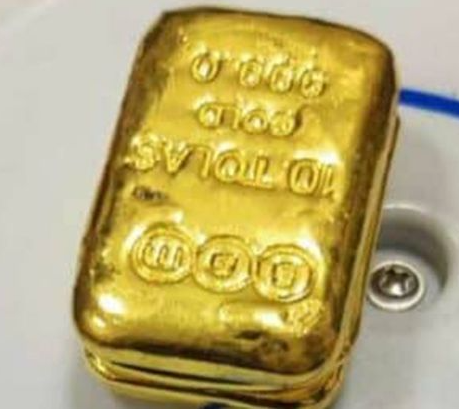 A Hyderabad customs official explained: “Agents are hunting for people who have had several attempts to get a job and are desperate to return to India. “Because of (not getting a) job they aren’t left with money to buy air tickets. “The agents connect such persons to gold smuggling syndicates and pump the gold in different forms through them.” Whilst a police official added: “The gold carriers as they are called are from economically backward families and buying an air ticket and meeting other expenses is a challenge for them. “Both men and women readily agree to be involved in the smuggling.”The post Police recover 1kg of gold hidden up a man’s bum appeared first on Linda Ikeji Blog.
Uncategorized