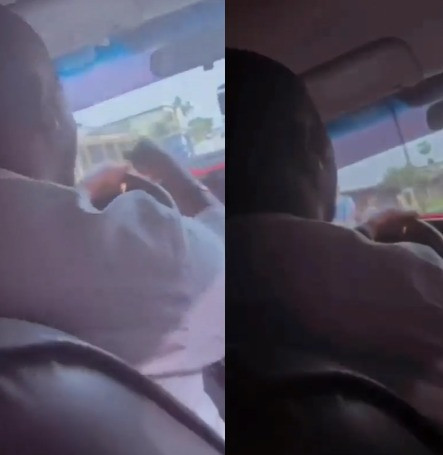 A video showing a cabman in Calabar, Cross River state, cautioning a female passenger after she questioned the route he had taken, has gone viral. In the trending video, the cabman expressed his displeasure at the female passenger for the manner in which she spoke to him. According to him, he took a route that wasn’t familiar to the female passenger, and instead of asking him to take familiar route, she told him ”don’t follow there.’ He found the statement offensive and aired his displeasure. ”Don’t repeat that nonsense again. Highest I would charge you for what I have carried you and you will get down of my car. I cannot buy a car for three million and you sit down there insulting me. Since you never knew this road, you would have said please which one is this road? why are you taking it? and I will explain. Which one is ”don’t follow there” Are you my mother? You must be very stupid. You don’t have respect”  he said Watch the video below…      View this post on Instagram           A post shared by Lindaikejiblog (@lindaikejiblogofficial)The post I cannot buy a car for three million and you sit down there insulting me. Are you my mother? – Cabman in Calabar cautions his female passenger for allegedly speaking rudely to him (video) appeared first on Linda Ikeji Blog.
Uncategorized