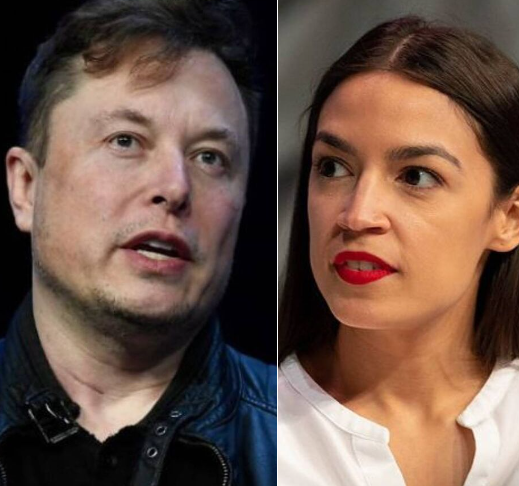 Elon Musk has mocked United States Representatives, Alexandria Ocasio-Cortez after she criticized his decision to charge verified Twitter users $8 monthly for the Twitter Blue Tick. AOC took to Twitter on Wednesday night and wrote: “Lmao at a billionaire earnestly trying to sell people on the idea that ‘free speech’ is actually a $8/mo subscription plan. Elon Musk hit back: “Your feedback is appreciated, now pay $8.” 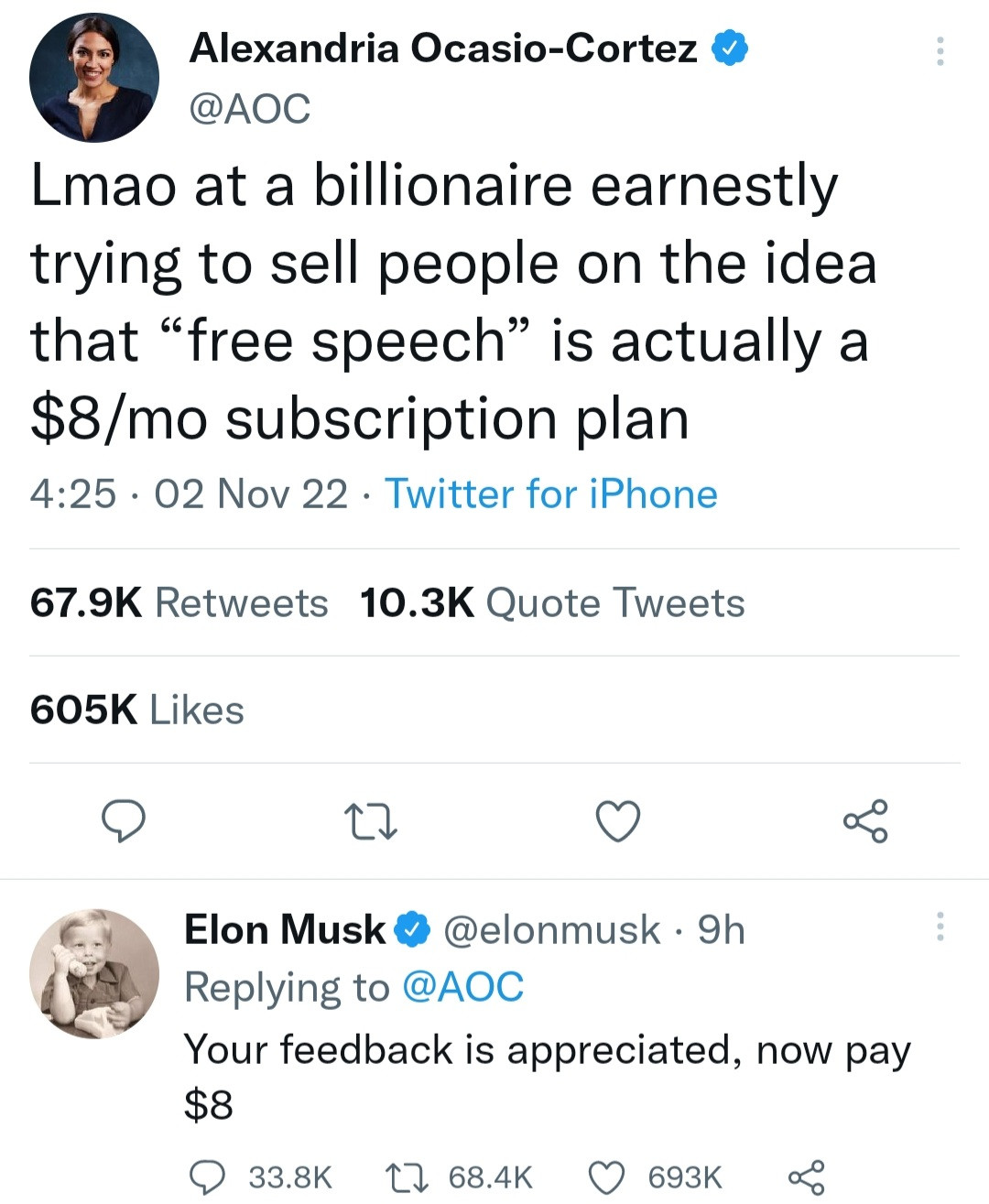 Hours later, the congresswoman joked on Twitter that she seemed “to have gotten under a certain billionaire’s skin” next to a laughing emoji. “Just a reminder that money will never buy your way out of insecurity, folks,” she wrote. Musk also tweeted a screenshot of a sweatshirt from Ocasio-Cortez’s merchandise line with the price of $58 circled alongside a thinking face emoji. Ocasio-Cortez defended the cost of the sweatshirt, while taking the opportunity to get in another jab at the billionaire. She wrote: “My workers are union, have full healthcare + benefits like childcare help, and every one is paid a living wage. Proceeds go to community acts like tutoring underserved kids. You’re a union buster with an ego problem who pockets the change from underpaying and mistreating people.”