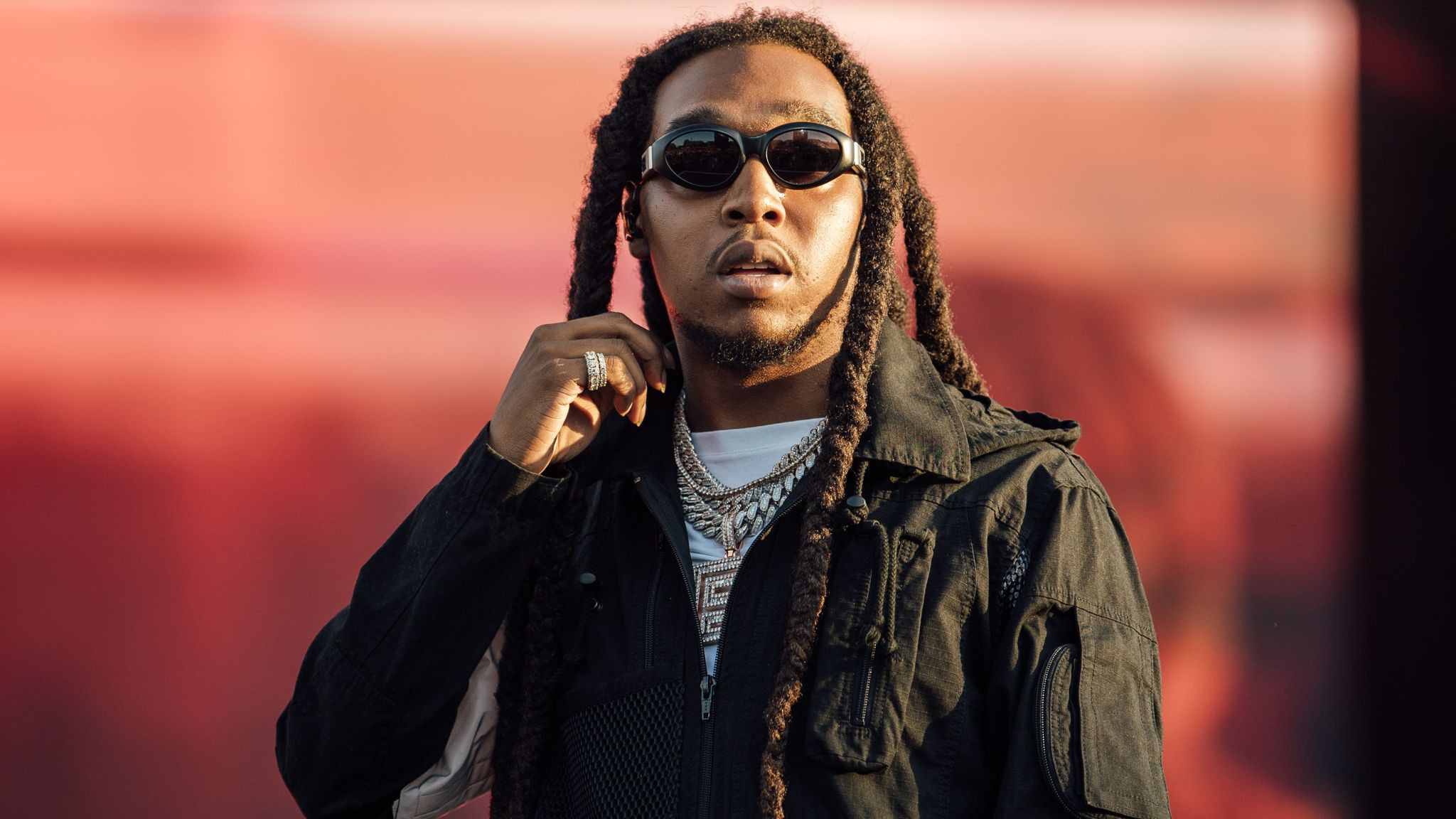 Migos’ manager has revealed rapper Takeoff was killed by a ‘stray bullet’ on Tuesday, November 1.  The 28-year-old was pronounced dead at the scene of the shooting, which happened in the early hours of Tuesday outside a bowling alley in downtown Houston. His management company, Quality Control Music, said: ‘It is with broken hearts and deep sadness that we confirm the loss of our beloved brother Kirsnick Khari Ball, known to the world as Takeoff. ‘Senseless violence and a stray bullet has taken another life from this world and we are devastated.’

The Grammy-nominated rapper had been at a private party with his uncle, Quavo, 31, where a group played dice. Outside the 810 Billiards & Bowling Houston, Quavo was caught on camera in footage arguing with a group of people as a crowd gathers. At one point, someone in the crowd arguing with Quavo was heard saying: ‘Now listen, man – ain’t got to be disrespectful like that.’ Quavo replies with a line about basketball, saying: ‘Y’all seen me play basketball. Don’t play like that.’ Someone can be heard in the crowd saying: ‘Let it go, bro.’  Then seconds later gunshots were heard. Takeoff was shot in the ‘head or neck’ in the dispute.  Police confirmed that the artist died at the scene of the incident, and investigators have launched a manhunt for the shooter or shooters behind the attack.

Troy Finner, Houston police chief, said they believe the assailant was at the party with Takeoff, who he described as ‘very peaceful and loving’. Authorities say they have ‘no reason to believe he was involved in anything criminal’ and confirmed that two firearms were used in the incident.  They are appealing for any witnesses or anyone with information to come forward so they can apprehend his killer. A 23-year-old man and a 24-year-old woman were taken to hospital in private vehicles suffering from gunshot wounds, which are not thought to be life-threatening.  Officers confirmed that his mother had flown into Houston to speak to them, with the police chief urging anyone with information or footage to come forward.  At a press conference on Tuesday, Finner said: ‘There were at least 40 people in that private party. Someone knows who the actual shooter or shooters are.  ‘Anyone with that information should provide that information to us, and let us solve this situation, and bring justice to this family.  ‘It doesn’t matter how famous you are, anybody who loses his or her life is a life lost. ‘It is personal. He’s well respected, non-violent. I would not expect him to be involved.  ‘People need to stop just pulling the damn trigger, think and calm down a little bit, the bottom line is, and mark my words, we will find who is responsible.’The post Migos’ manager reveals rapper Takeoff, 28, was killed by a stray bullet following dispute at Houston bowling alley appeared first on Linda Ikeji Blog.
Uncategorized