Billionaire, Elon Musk, who took over Twitter, has updated his bio from ‘Cheif Twit’ to ‘Twitter Complaint Hotline Operator.’ Musk has also changed the profile icon to his younger self holding a telephone. The new CEO earlier expressed interest in making Twitter a free space.  The change was made as Twitter’s advertising chief, Sarah Personette, tweeted on Tuesday November 1, that she resigned following an exodus of nearly the entire senior ranks. 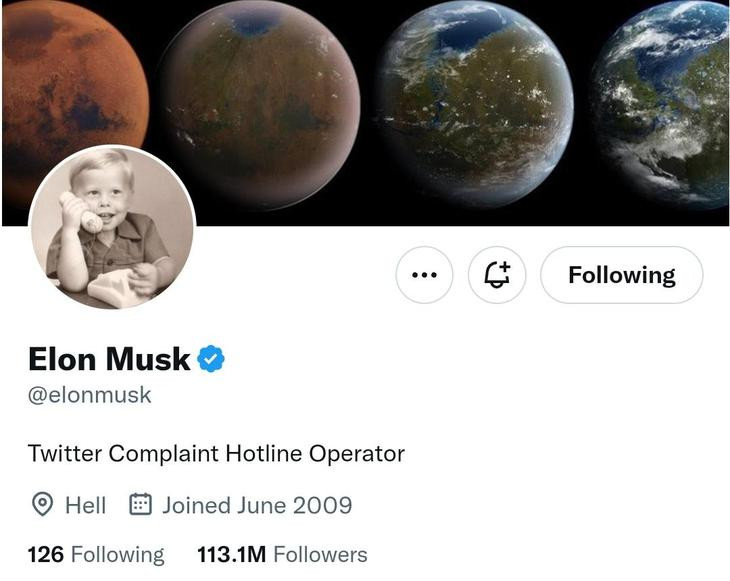