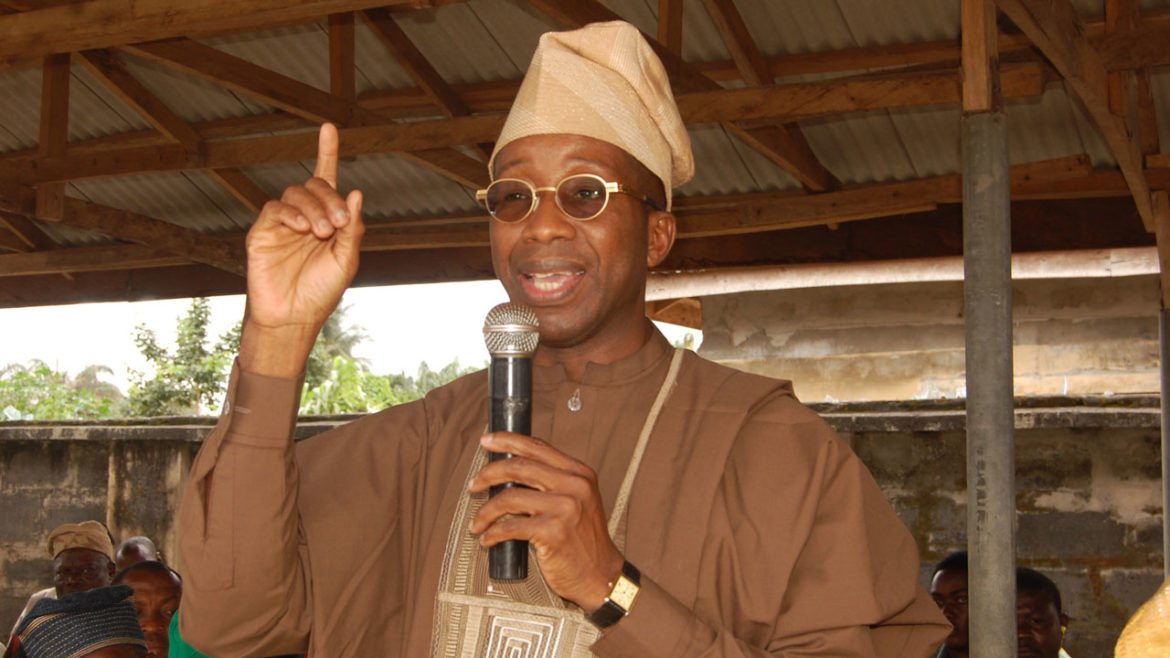 Jimi Lawal, a governorship aspirant of the Peoples Democratic Party was on Tuesday, November 1, expelled by the Ogun state chapter of the party.  This was in line with the recommendations of the disciplinary committee set up by the state executive committee of the party to investigate the role of Lawal and others in the “illegal” governorship primary election organised by his faction. Three other people expelled alongside Lawal are Muyiwa Odebiyi, Moruf Olajide and Ademola Ojoye, while four other members of the party, were also suspended. Speaking at the party’s secretariat in Abeokuta, Chairman of the Disciplinary Committee, Barrister Tola Odulaja, said their expulsion was in accordance with the party’s constitutional provision. Chairman of the party, Sikirulai Ogundele who ratified the recommendations of the committee, said the disciplinary actions were carried out without fear or favour and in accordance of the party’s constitution. He added that the offenders were given a chance for fair hearing but failed to appear before the committee after series of invitations to them. However reacting to the expulsion, Project Director of Jimi Adebisi Lawal Campaign Organisation, Austin Oniyoko said;  “How can these people take such a step when the initial illegal act is already a subject of litigation at the Federal High Court, Abeokuta; and the parties, including the active participants had been served the court summons?“As a matter of fact, the matter came up yesterday, Monday, 31st October, 2022 at the Federal High Court, Abeokuta. Definite hearing has been fixed for 30th November, 2022.“Clearly, the purported suspension and illegal expulsion are comical acts taken too far. These steps cannot stand the test of time and the law. These acts are contemptuous of the court which will be set aside sooner than later as in the case of Amaechi v. INEC & Ors. (No. 1) (2007) 18 NWLR (Pt. 1065) 42.“We implore all our long-standing delegates, leaders, elders and stakeholders of the party to remain calm. All these shenanigans are no more than a storm in a teacup. It is will soon fizzle out”The post Ogun PDP expels governorship aspirant for alleged misconduct appeared first on Linda Ikeji Blog.
Uncategorized