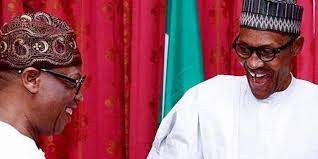 Minister of Information and Culture, Lai Mohammed, says he has no regret being a minister in the Buhari-led administration. The minister stated this in Abuja when he appeared before the Senate Committee on Information and National Orientation to defend the ministry’s 2023 budget proposal on Tuesday, November 1. Responding to a question by a member of the committee, the minister said it was a privilege for him to be called upon to serve his fatherland and he had been discharging his duties effectively. Speaking on his challenges, the minister said the ministry was not adequately funded to discharge its mandate of management of the image and reputation of the country and the promotion of its cultures. He said with the advent of the new media, his job, like that of other information managers, became more cumbersome. He expressed regret, however, that there was no corresponding funding to match new problems being created by social media. The minister said notwithstanding the challenges, the ministry recorded tremendous achievements in the past seven years when he had been the minister. “What I would consider the biggest achievement is deepening information flow between the government and the governed. Democracy is about the participation of all citizens, and nothing enhances citizens’ participation more than enhancing a two-way communication between the government and the governed’’ he said The post I have no regrets being President Buharis minister Lai Mohammed appeared first on Linda Ikeji Blog.
Uncategorized