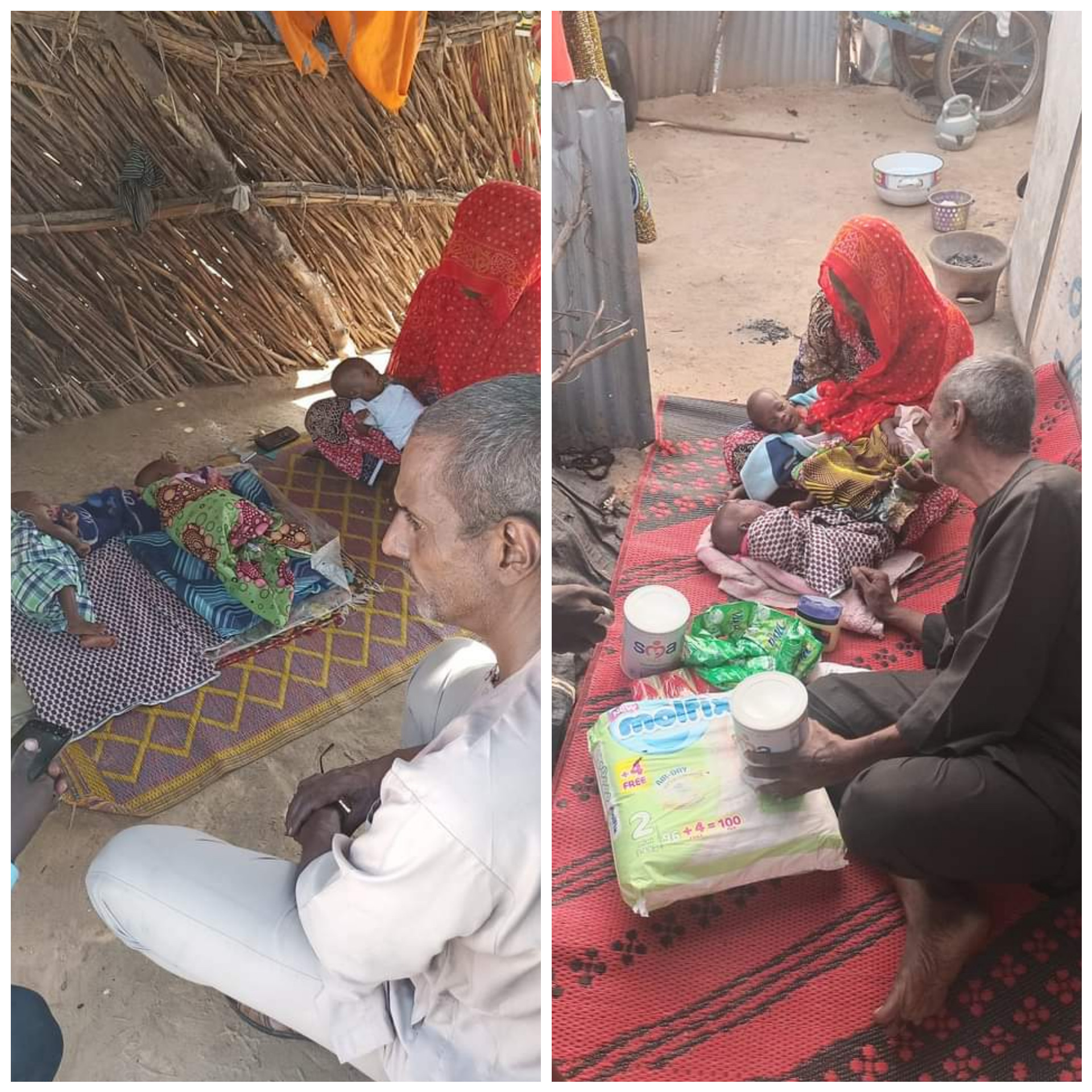 A woman has died after giving birth to triplets at a camp for Internally Displaced Persons (IDPs) in Borno State. Rahma Monguno, son of late former Nigerian minister and Borno politician, Shettima Ali Monguno, who disclosed this on Friday, September 23, said the woman’s husband also passed away 40 days after her death. “One of the most touching cases I’ve ever come across, as just yesterday we went to a camp to see some widows for someone close who wanted to assist,” he wrote.  “These triplets lost their Mother while she gave birth to them, the Father passed away exactly 40 days after (may their souls rest in peace) “They are being cared for by the maternal aunt, and her daughter, who are also widows.  “May God the Almighty reward and Bless all those involved, and give this family a future beyond their expectations.” 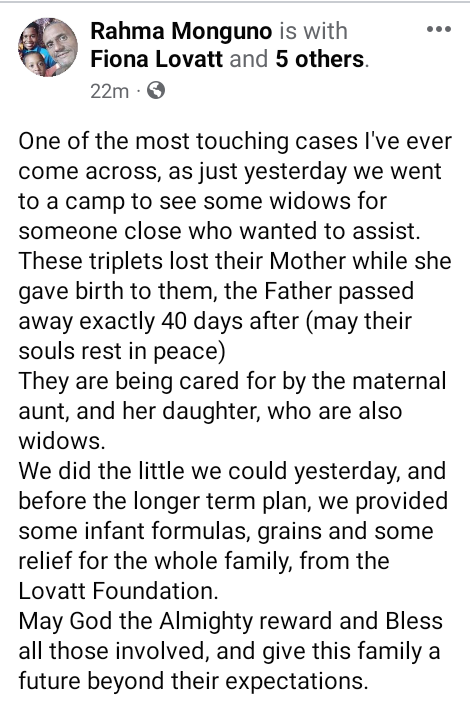